Protecting Susan is the sixth book in the Protectors series within Susan Stoker’s Special Forces: Operation Alpha World series, and I thought it was about time I wrote one about Susan herself. 😉

I have known Susan Stoker for a long time and was so excited when she invited me to write in her Special Forces World. 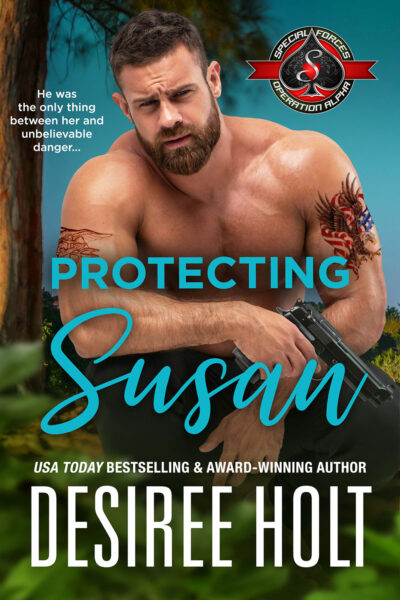 For Susan Stryker, the chance to start a new life with a new name, halfway across the country from her abusive ex, was like a miracle. Determined to give back, she opens a self defense school for women, reaching out especially to those in shelters. Although her ex destroyed any desire to connect with someone else, she can’t help what she feels for former SEAL Levi Hawke, a man with his own troubles. A man she met halfway through her journey on a rainy night who hooked her up with someone who could make that new life happen.

Two years later she’s about to spend two weeks on a farm where she will teach self defense and gun use to abused women who want to protect themselves. Tex Keegan, who helped her create her new life, insists she take a bodyguard with her, despite her objections. But when that bodyguard turns out to be Levi Hawke, all those buried emotions come raging to the surface. And then, just as the classes are going smoothly and the chemistry between Susan and Levi is taking them places they never thought they’d go, all hell breaks loose, from both the past and present.

For Levi this is a must-succeed mission, to save the woman he admits he loves. For Susan, it’s a chance to finally bury the past. But are two people, no matter who they are, enough to do it? Together?