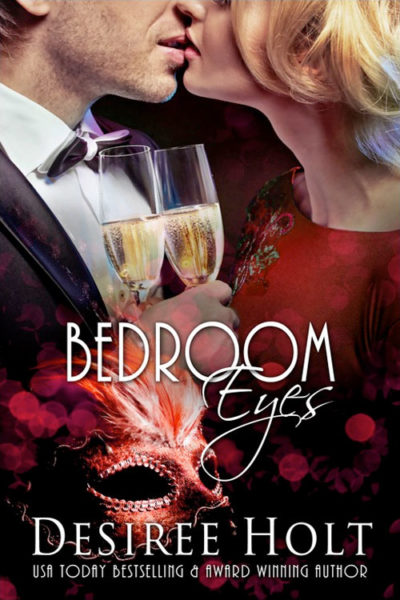 But when plastic surgery corrects Bridget’s problems, will he see past her deceit to the love she feels for him or walk away without looking back?

Making a face at the dregs of her coffee, she carried the mug into the kitchen and dumped what was left into the sink. Might as well set up the coffee pot for tomorrow while she was at it, she thought. But when she pitched the used filter and grounds into her trash she sighed at the amount of garbage, pulled the sack out and tied it off. Tomorrow was trash pickup day which meant she ought to take the big garbage can out to the curb now.

She detoured on her way to the garage to get her tinted glasses from the bedroom. She knew she looked stupid wearing them at night but there was always the chance she’d run into her neighbor, Mr. Sexy-and-Good-Looking himself. The ultimate fantasy come to life. Ever since he’d moved in next door she’d lusted after him. Yup, that was the only word. Lusted. If she admitted it, reluctantly, by now it had morphed into something else. If you reached for the impossible, might as well make it as unattainable as you can, right? The image of him was the one always dancing in her brain when she wrote her erotic heroes and every contact with him only reinforced it.

They’d actually had many conversations, on her back porch or his. About his life as a SEAL. About politics, books and movies. Even about sports.

“You’re one of the few women I’ve ever met who’s as addicted as I am,” he told her once during a heated debate about Super Bowl contenders. They’d even indulged in some casual flirting, scattered episodes that she hugged to her heart and pulled out at night to relive over and over.

The conversations were relaxed and easy, even the flirting, and always—always—in the daylight hours so she could hide behind her big, dark sunglasses. Of course he’d never seen her without the glasses and she didn’t intend to start now.

If only Clay Randall could fall in love with her as she was falling for him.

Sure enough, as she wheeled the can out of her narrow one-car garage to the curb there he was, setting out his own trash. Just the sight of him with his muscular body outlined by the soft light of the street lamps was enough to start her heart pounding. She couldn’t stop looking at the way his t-shirt stretched taut across well-muscled shoulders and a broad chest that tapered to a narrow waist. Worn jeans clung to narrow hips and long legs.

His sun-streaked brown hair just brushed the top of his t-shirt, framing a face with high cheekbones and a square jaw. Bridget was sure she had his features memorized by this time. Every hero in her books bore an uncanny resemblance to Clay Randall. If she could just keep him in her head and out of her heart. He was so far out of her league.

“Hey, Bridget.” His grin was enough to heat her blood and set the pulse in her cunt to beating harder than a jungle drum.

“Hey yourself, Clay.” She placed her garbage can very carefully at the curb, making sure the lid was tight. And making doubly sure she stayed out of touching distance from Mr. Hottie.

“What’s with the sunglasses?” he asked.

“Sunglasses?” Damn. Bridget felt the familiar knot of tension grab her in the pit of her stomach.

“Maybe nobody told you, sugar, but there’s no sun out right now.” He made a show of looking up at the sky. “Actually, I think it’s pretty dark.”

“I, uh, have a problem with my eyes. That’s why I always keep the glasses on.”

Why didn’t I wait and make sure he wasn’t out here? I’ve always avoided him at night just for this reason.

“So, how’s life treating you these days?” he asked, leaning one hip against his can.

“How long you home for this time?”

Bridget knew Clay was a SEAL, often deployed on missions for weeks at a time. He’d bought the house for the same reason she’d purchased hers—to have some permanence and stability in his life. Bridget figured she’d probably never have a home of her own otherwise and apartment living had just gotten too old for her. Clay said he wanted a place to unwind that was all his. A place where he could put down roots. Do whatever he wanted.

Every so often she’d see a woman in the backyard with him, or sitting beside him in his car as he backed out of the driveway. Tall, leggy brunettes and redheads, with typically classic good looks. The sound of their intimate laughter was a knife straight to her heart, because she knew she’d never share those kinds of moments with him. She dreaded the day he brought a wife home with him and she was forced to watch them wrapped in a haze of happiness and sexual satisfaction.

“Well.” She wiped her suddenly damp palms on her shorts. “I’d better go in.”

“Me, too. Big night tomorrow night.” But he made a face as he said it.

“You don’t look like it’s too big. Or that you’re too happy about it.”

He shrugged. “My team captain happens to live in San Antonio, too, just by coincidence, and his wife is involved in some big charitable ball that’s going down tomorrow night. The one that kicks off Fiesta. He made everyone on the team who lives around here buy a ticket. Not only that, he insists that we have to go.”

And of course he’ll be going with a gorgeous piece of arm-candy.