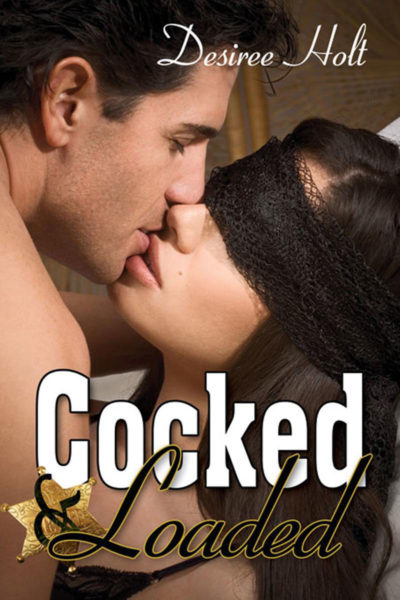 When Jamie Randall kicked the dust of Amen, Texas from her heels, she swore neither the town nor the bad boy she’d given her virginity to would never see her again. Yet here she is, returning under a cloud of disgrace, not a penny to her name or a soul to welcome her—least of all the sheriff.

Jamie Randall—a decade hadn’t lessened the bitter taste of her name. Zane Cameron had only been good enough for sultry summer sex. But the local hell raiser is the sheriff now and determined to run her hot little body off the worthless piece of land her father left her and right out of his sleepy little town. Just as soon as he scratched a twelve-year-old itch.

Explosive passion changes Zane’s mind, but before they can explore their feelings, strange events threaten Jamie and it becomes obvious someone else wants her out of the way. Dirty money, cold-blooded murder, and deadly secrets interfere with Zane’s plans to convince Jamie to give him a second chance.

Zane Cameron stared at the figure walking out of the supermarket. He lifted his sun glasses just to be sure his eyes weren’t playing tricks on him. When he heard she’d showed up two days ago, he was sure someone was pulling his leg. But no, there she was. Jamie Randall. Big as life. Not even a hint of shame or embarrassment for either her leave-taking or her current situation.

The last time Zane saw her she was a flowering eighteen-year-old who’d teased him with her body, then left town so fast her heels kicked up a cloud of dust. All she left behind was a drunk for a father and stinging words for Zane. And of course, a bitterness and resentment that built up in him all these years.

Now here she was again and he smelled big trouble.

He watched her wheel her cart to her shiny dark blue SUV. A symbol of her ill-gotten success. The worn jeans and old Texas Tech T-shirt were little camouflage for what had become a lush, ripe body. Thick blue-black hair pulled back in a pony tail bounced as she moved. Huge sun glasses barely concealed the tight set of her face. And where he’d expected her walk to still be graceful and tempting, now it was purposeful and angry.

Five feet four inches of sexual dynamite, that he hoped wouldn’t blow up in his face.

No one could miss the fact that Jamie was mad at the world, both about being home and the circumstances that brought her here. Well, no madder than he was at the way she’d left, despite everything between them. Or everything he thought was between them.

She loaded the groceries into the truck, climbed in, and slammed the door. He didn’t need to follow her as she roared out onto the highway. He knew exactly where she was going. What he needed to do was get his anger under control, the rage that always bubbled up whenever he thought of her. A rage heavily colored with lust. In twelve years, that feeling had built itself to quite a level.

Get over it. She wasn’t worth it then and she’s not worth it now.

So why, after all these years, did his traitorous dick still get hard whenever he remembered her naked body? Why did his hands twitch, remembering the feel of her young breasts in them? His nose still remembered the scent of roses and honeysuckle in her hair? His mouth, the taste of her tempting juices. One would think by this time he’d have himself under control.

Except Jamie Randall was like a festering sore inside him, one he needed to lance and get rid of, once and for all.

All these years, he’d been able to deal with the way she’d just flat out left him because she’d been far away in a different life. But to see her every day now, to know the contempt she’d held him in, would be an impossible situation.

No way was she coming back to Amen, Texas and twitching her ass in front of his face. She left town once. He planned to make sure she did it again. Jamie Randall would have to leave whether she wanted to or not. Only this time it would be on his terms and not until he’d satisfied a twelve-year-old itch.