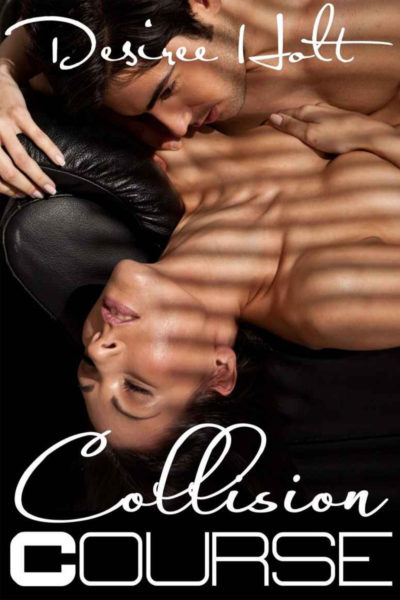 He’s discovered that his boss, international businessman Charles Bennett, is actually dealing in drugs and illegal arms. Killers are on his trail and Tate Buchanan needs a place to hide and use his hacking skills to get the evidence he needs. He finds it in tiny Connelly, Texas, where he also finds hotter than hot Casey McIntyre. After six years with the F.B.I. and four years in Afghanistan marked by a disastrous love affair, Casey is trying to put both her life and her shattered heart back together. Her instincts tell her that the stranger in the family restaurant has trouble on his back but her common sense tells her to stay as far away from him as possible. Of course, common sense never paid attention to combustible chemistry and it’s not long before Casey and T.J. (as he now calls himself) are spending every minute together day and night. Can he find the proof he needs before the killers track him down? And when they do, can Casey use all her skills to protect him and keep him safe?

A man-in-jeopardy story for a change, where a kickass woman uses all her skills to protect the man she’s come to love.

“Would you care for coffee or something to eat before you get to work?” a warm, musical voice asked in a drawl not as thick as the woman in the motel but slower and softer.

Trey glanced up at the woman standing beside the booth and nearly did a double take. An unexpected surge of desire stunned him. His groin tightened, and his traitorous dick tried its best to remind him what it was used for.

He was running for his life, hiding away while he attempted to gather the information to protect himself, and here he sat mesmerized like a teenager.

Not now! Not now!

She was so opposite from most of the women he knew, women who were fluffed and polished within an inch of their lives. He guessed her height at about five seven, and from what he could see, her body was well-toned. She wore little makeup but she didn’t need it, her honey-colored skin almost flawless. Thick dark lashes accented coffee-colored eyes. Her hair was the same color, with sun-lightened streaks giving it a richness of texture. She wore it in a thick braid hanging straight down her back but some stray tendrils had escaped and softened the severity of the style.

As she leaned closer to him, he caught her tantalizing fresh scent and his groin tightened. A dark green apron with Half ’n Half on the bib showed the full curve of her breasts. They were right at his eye level and despite his problems, his hands itched to cup them in his palms.

My god, was he crazy? Fear permeated his body and yet he reacted erotically to a total stranger. Maybe what people said was true—danger distorted everything and made people react irrationally.

Irrationally is right, asshole. The last thing you need right now is to ogle some female and entertain fantasies about her. Get sidetracked and you could get dead.

With a deliberate effort, he lifted his eyes to her face again. What had she asked him? Oh, yeah. Food. Coffee.

He cleared his throat. “Yeah, both would be great.” He noticed a menu stuck in a holder at the side of the table. “Give me a minute to figure out what I want to eat, but coffee would be a blessing.”

“No problem.” She pointed to a chalkboard on the wall. “Care to try one of our special blends or flavors?”

“No, just hot, black and strong would be fine. And lots of it.”

“Got it.” She returned in a moment with a thick mug she placed in front of him and filled from the carafe. “Haven’t seen you here before. Passing through town?”

“Sort of. I expect to be here for a couple of weeks.”

Shit. Why did I tell her that? Now she’ll ask what I’m doing. Way to stay under the radar, stupid.

“Oh? It’s none of my business, but what brings you to Connelly?” She grinned, and a tiny dimple winked at the left corner of her mouth. “It’s not what you’d call a tourist draw.”

Trey had to force himself not to stare at the dimple. What was it she wanted? Oh, yeah. What was he doing here? He hadn’t bothered to come up with a cover story, too rattled about his situation to realize he might need one.

“Wow. So is it a contemporary western?”

Trey forced himself to relax. A book. Why hadn’t he thought of something else? Of course she’d ask questions. “No, it’s, um, a historical Western set in a small town.”

“No kidding? Well, I hope Connolly fits your description. What’s your name? Maybe I’ve read something by you before.”

Name. Give her a name, idiot.

He blurted out the first thing that came to mind, a nickname from his childhood before people began calling him Trey. “T.J.” He paused. “T.J. um, Buck. This is my first book. I’ve had the urge to write for a while,” he added, “and decided now was the right time to go ahead and have at it. Sort of a shift in priorities in my life, you might say.”

What an understatement. But god, he hoped she bought it.

“Thanks. You’ll probably see me a lot in here. Soaking up the atmosphere.” He wanted to lay the foundation for further visits. Like every day. And without rousing suspicion. “You’re about the only place in town with Internet.”

She laughed again. “Some of the homes have it, and the major business offices but yeah, modern electronics are still seeking their spot here. Meanwhile, we get a lot of steady customers because of it.”

“So I guess you’re stuck with me. I have a lot of online research to do while I’m writing.”

“About Western history, you mean?”

“I’m surprised you didn’t decide to work in a city where you’d have library access. More information available.”

Would she never stop with the questions? The one good thing about stumbling through the conversation was he couldn’t have sounded less like a corporate executive, and thank god for that.

“I’m getting away from the urban environment. Besides, you can find just about anything on the Internet now.”

“Well, I’d better let you get to work. I’ll be back in a few to take your breakfast order.”

Had she bought his story? Narrowing his eyes, he watched the waitress as she refilled mugs at the booth in front of him then headed to the setup at the far end of the room. Behind the counter, she fiddled with the containers holding the flavored syrups for the coffee, her movements graceful and efficient. He couldn’t seem to take his eyes away from her. He certainly had spent time with his fair share of women but he couldn’t remember the last time he’d reacted to one this way.

He’d been so busy trying to control his unwelcome erection and figure out a name and cover story, he hadn’t even asked for her name. Something he’d do when she returned with his order.