Daring to Chance It 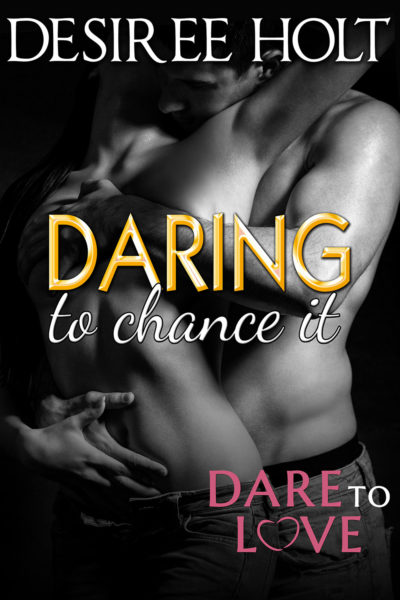 Sarah York celebrated passing the bar with a New Orleans weekend with her friends. But then everyone coupled up but her, and she was left getting cozy with her drink. Until a mouthwatering god named Beau Perini, hotshot football player, swept her off her feet and into a night of unbelievable ecstasy. When she fell asleep, she was already trying to figure out how they’d get together again.

Except, when she woke up, Beau had done a disappearing act. And not even a thank you note, the rat.

Fast forward six years. Sarah is the newly minted in-house counsel for the Miami Thunder football team, and Beau is their golden new free agent. Imagine her shock when she sees him at the press conference to introduce him to the Miami media.

Too bad Sarah, who has trust issues, might not see it his way. But then the chemistry between them explodes again and all bets are off.