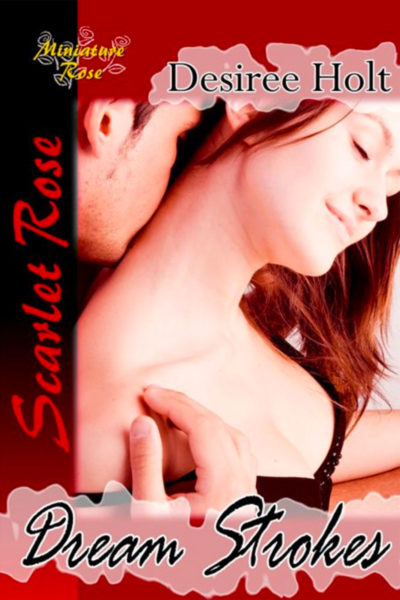 Subliminal suggestion or the magic of love…

Who is this man invading Erin Sullivan dreams, the lover who plays her body like a musical instrument, who knows exactly how to make love to her, to draw out her responses, to take her to unbelievably sensual heights? Is he real or just a figment of her imagination?

Dallas Clark wonders the same thing, as each night a raven-haired beauty infiltrates his dreams, giving her body freely, taking him to sensual planes he’s never achieved before. And why does she seem so familiar?

Are the spirits of a frolicking merman and a mischievous water nymph reaching beyond a painting in a local gallery? Or has unknowingly sharing the same isolated beach freed two lonely souls from their flesh and blood prisons to unit?

Dallas opened his eyes, gasping for breath as if he were being strangled. His face and body were covered with sweat, and at the rate his heart was beating he was afraid it would leap out of his chest.

The dream was still so vivid he reached out a hand, almost expecting to find the woman lying next to him on the bed. But all he touched was empty space.

Who the hell was she? Why was she invading his dreams? The image of the painting in his sister’s gallery flashed briefly across his memory. No, that was stupid. Wasn’t it? He wasn’t a man given to fanciful thoughts by any means.

With a shock, he realized it wasn’t just her body he was craving. Somewhere in the dream, with a woman who might not even be real, a crack had opened up in his armor-plated heart and the essence of her seeped in. It flowed through him like warm syrup, heating the places that were cold. He’d been in darkness, and now he was bathed in a warm light.

Forcing himself to his feet, he stumbled into the bathroom to pour a glass of water and drink it down without stopping. This was two nights in a row. Something weird was going on with his brain, not to mention his body.

And his heart. That was the strangest of all. He was falling in love with a woman who wasn’t real, who was only a nymph in a painting.

There was only one answer.

He was losing his fucking mind.