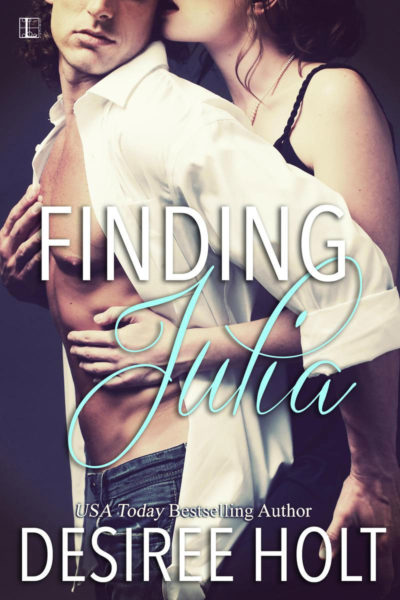 Can a moment of passion outlast years of secrets and misery?

For Julia Patterson, meeting Luke Buchanan awakens within her a passion she’s never dared dream possible. He claims her body and and helps her remember what it means to be a woman. But Fate has a twisted sense of humor. Just when Julia is ready to step over the threshold into a wonderful new life, her almost-ex-husband is diagnosed with a heart condition that puts her divorce on hold. Turning her back on Luke is the most difficult thing she’s ever done. But Julia has a secret, one that Charles discovers and uses against her.

Years later, when Luke walks back into Julia’s life, the passion between them is just as explosive. But Charles is still controlling her from the grave, and the secret Julia has hidden for fourteen years could destroy their dreams forever.

“Julia meets Luke, a man who completes her, and his instant commitment to her endures their many missed opportunities. Readers will keep rooting for Julia and patiently flip the pages because she hits the jackpot with Luke. Julia bends over backwards to keep her family together, and it ultimately takes years to make things right. Fortunately, her man knows what he wants and needs, and Holt knows what her fans will love.” — RT Book Reviews, 4 Stars

“Our executive vice president is tied up in a meeting right now,” Howard whispered as the executive staff filed in. “He’s the one who says yea or nay. He’ll join us as soon as he can.”

Great. Would he expect her to do it all over again for him?

She sighed and began her presentation again.

It was well into the afternoon and she was pulling out copies of the proposed budget to distribute when the door to the boardroom opened quietly, and Julia’s stomach dropped to the floor. She felt as if an electric surge slammed into her, plucking at every one of her nerve endings.

The man who silently took a seat at the end of the table wasn’t necessarily handsome, but he was one hundred percent male. Liquid brown eyes were framed by the thickest lashes she had ever seen on a man. She noticed the strong jaw and the lines of character etched on an incredibly masculine face. Straight brown hair, a hint of silver reflecting in the lights, was worn just a little long, giving him a slightly rakehell look.

The classic dark business suit barely concealed the power he radiated. More than that, he exuded an aura of self, of authority, of comfort in his own skin few men were able to attain. She could think of only three words to describe him. Dark. Edgy. Dangerous. In her entire thirty years, no man had ever affected her the way this man did. Certainly not Charles. She clamped down on her reaction, forbidding herself to let her thoughts wander into forbidden territory. As she’d learned, her judgment where men were concerned left a great deal to be desired.

“Let me interrupt a moment.” Manning jumped to his feet. “Julia, meet Lucas Buchanan, our executive vice president. He’s been in another meeting until now.”

“I’m pleased you could join us, Mr. Buchanan.” Julia pasted on her professional smile and hoped her voice sounded firmer to the others than it did to her.

Lucas Buchanan nodded at her. “Luke, please. Sorry to be late. Please don’t let me interrupt.”

She struggled to pick up the threads of what she’d been saying, her brain suddenly addled, and her hands unsteady. It took every ounce of personal discipline to keep focused on her presentation.