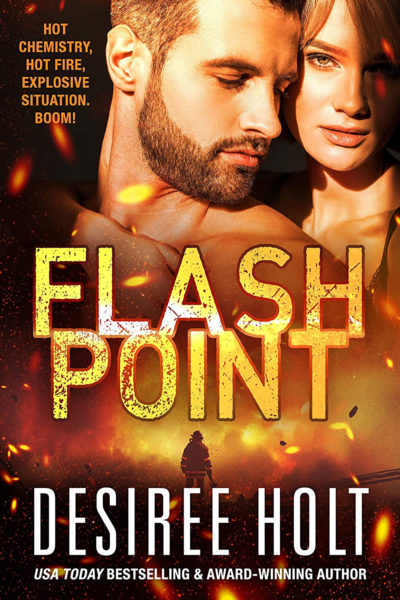 For firefighter Sasha Alexander and reporter Noah Cutler, the heat between them spontaneously combusted the moment they laid eyes on each other.

But Noah’s strong belief that firefighting was too dangerous, that he’d live in fear for her every moment, rose up like a hot wall between them. She loved him, but being with a man who didn’t respect her for what she did would destroy any relationship. Their parting was as explosive as their coming together.

Fast forward six years. A story has brought Noah back to San Antonio, a party has brought him back to Sasha, where all his regrets surge to the front. But now the story he’s chasing and the case she’s investigating come together and the explosion sets them both on fire.

When Sasha is in danger, Noah puts everything aside to save her, but is he too late to save what they had together?