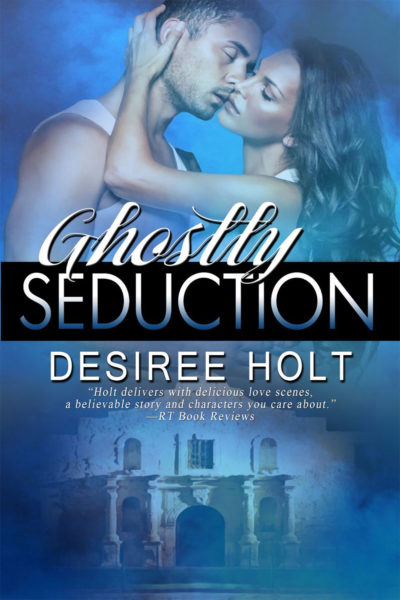 Pragmatic cyber security consultant Aiden Flannery only believes in what he can see and hear and touch. But his dreams are invaded by a sexy redhead and her seductive peach scent tantalizes him by day. He catches the merest glimpse of her everywhere he goes then she’s gone, like a whisper in the wind.

Are there supernatural forces at work? Or is it their imagination? They only know, whether awake or asleep, these ghostly seductions are hot, hot, hot and they want more.

She’d barely dozed off when her nose twitched at the tease of sandalwood in the air, and she felt someone caress her arm. Her eyes flew open, and she started to scream, but a lean, masculine finger pressed against her lips.

It was him! Mr. Sexy, with the thick black hair and the tantalizing scent. Holy crap. He wore a soft-collared shirt and slacks molded to his exquisite physique.

A slight chill in the air wrapped itself around her but then dissipated almost at once. Jordan knew she should protest, but every cell in her body urged her to rise and go with him. He’d barely touched her, yet already her nipples were hard and tingling and the pulse between her thighs was thumping a demanding rhythm. She stared up at him, struck dumb.

He winked and took her hand. “Come with me. We need some privacy.”

As if she’d lost any will of her own, Jordan folded the covers back and let him tug her from the bed. Silently, they crept out of the room. Funny, she didn’t even hear the door open or the lock click back in place. Then they were across the hall in what was obviously his room. The door was barely shut before he pulled her into his arms.