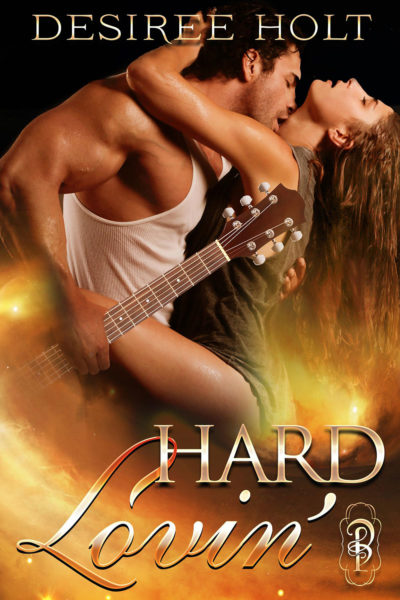 Erin Braddock, daughter of wealthy and powerful rancher Rance Braddock, has been to hell and back. So has wandering cowboy minstrel, Grady Sinclair. But the moment they meet, chemistry ignites between them, erasing everything else. The sex is scorching, explosive, addictive. They can’t get enough each other.

Gypsy rover came over the hill, down through the valley so shady

He whistled and he sang ’til the greenwoods rang and he won the heart of a lady.

Erin Braddock slipped into the ill-lighted bar through the back door, squinting against the darkness, and found her way to a tiny booth in the corner. The area was so small, a second person would be hard pressed to find room in the space, but that suited her fine. She hadn’t come here looking for company. Unless it was the cowboy up on the postage-stamp sized stage, alone in the spotlight with his guitar and his smoky voice. Ebony hair curled down to the nape of his neck, and a work shirt and worn jeans clung to his lean body like a second skin. The muscles in his arm flexed as he picked at the strings of the guitar, coaxing a tune from it.

The lights were dim in the smoky club, a sea of black with the man in the searing white glow of the spotlight a stark comparison. The air was heavy with expectation as he strummed the melody of a love song that whipped its sound over the crowd, only to slow like the stroke of a lover’s caress.

You are so out of your mind for doing this.

So what else was new?

She’d had to get out of the house. Away from the ranch. Away from…everyone. Her father, Rance, who was suffocating her with his protective kindness. T.J. Elliott, the fiancé she couldn’t seem to break away from. The houseful of people all gathered to celebrate a wedding tomorrow.

A wedding she didn’t want.

The memories of the nightmare with Cal hadn’t yet faded, and her father was suffocating her with his protective kindness. The far too wealthy Rance Braddock was like a tidal wave swallowing people up. And then there was T.J. Elliott, her father’s choice for a “safe” and well-connected husband. A way to guarantee her future. No danger there.

Not like Cal, the worst mistake she’d ever made. And she’d wanted safe. Needed it. Her father and T.J. treated her like some child too fragile to be let out on her own. Well, maybe she was. Look what she’d gotten herself into. And didn’t want to get out of, until she’d had no other choice. Now, at thirty, she suddenly didn’t seem to be able to put one foot in front of the other anymore.

The bad part about being rescued from a situation like the one she’d been in was people were afraid to take their eyes off you. She didn’t even seem to have the strength to tell them they could let her be. She went along to get along, letting herself be swept up in a courtship she didn’t want and a wedding suddenly bearing down on her like a tornado.

She’d come to the bar a few nights ago with her girlfriends, who had practically dragged her out of the house.

“Have fun,” her father said.

“You’ll be fine with the girls,” T.J. told her. He’d kissed her on the cheek and teased, “Last night out before becoming Mrs. Elliott.”

She was safe with her friends. Girls’ night out was okay. Both her father and T.J. had relaxed.

But her friend, Lili, had whispered in her ear, “Wait until you see Grady Sinclair. He’s hot, hot, hot. And his music!” Lili rolled her eyes. “Just listening to him makes your pussy get wet and your nipples poke like diamonds.”

Erin had shivered, skeptical but hopeful. She didn’t think she’d ever have that reaction again. Or want it. The best thing about T.J. was he was nonthreatening. She could always fake orgasms. She’d become a very good actress living with Cal.

So she’d let them coax her out and come to Smoky’s with them, and damn but Lili was right. Wrapped in the almost mystical cloak of the music drifting to her from the stage, she’d felt stirrings she’d thought long dead. Responses she didn’t think she was capable of anymore. And then she’d come back with them. Again and again, to hear the troubadour with eyes as black as his hair and a rugged face, drawn by the clear, mesmerizing notes of his songs and the sadness in his voice.

Tonight, when the reality of what was happening in her life crashed in on her, when she’d felt herself squeezed by the juggernaut rolling over her, she suddenly had to get out, get away. For once, no one’s eyes were on her. Her father and T.J. were both busy in the mob of guests at their pre-wedding celebration. How easy it had been to slip into the kitchen and out the back door. With all the vehicles coming and going, no one paid attention to another truck pulling out of the driveway.

And she’d headed straight here like a homing pigeon, to the cowboy minstrel whose music gave her the first real pleasure she’d ever known. A pleasure all her own. So, now, here she sat, listening to him sing about love lost, a heart broken. Cruelty. Well, she certainly knew about that.

The waitress came by, and Erin ordered a soft drink. She didn’t drink alcohol anymore. Not since….

The song ended, and he moved right into the next one. This was about loving and being free, about giving and being given to, and something in the words unlocked a part of her she’d kept stored away. Freed the emotional cage she’d been keeping herself in. Free. That’s what she needed to be. And the ranch and T.J. would never give her freedom. She saw it so clearly now. It had been eight months since she’d come home to the ranch. Eight months away from Cal. Eight months of counseling and pampering and dealing with her own responsibility for what happened.

Tonight, she’d run because she didn’t want to exchange one kind of prison for another. And she’d come here because maybe she saw Grady Sinclair as the first step on the road to freedom.

Applause broke her concentration, and she realized the song had ended. The sound of clapping filled the space left by the absence of music, but the heat of his voice still filled her ears. Yes, she’d done the right thing, coming here. She closed her eyes to recapture the feeling the song had given her, the melody playing again in her mind.

“Okay if I sit here? Or are you waiting for someone?”

For a moment, she thought she’d imagined him speaking to her—she was still so focused on the song. But a warm hand touched her wrist lightly, she looked up, and those dark eyes were fastened directly on her. She was stunned she didn’t feel the least bit of fear with him. Especially after….

She realized he was waiting for an answer and tried a tentative smile, amazingly soothed by his touch.

“I saw you when you came in with your friends the past few nights.” The waitress brought him a bottle of beer, ice-cold drops still sliding down the glass. “I thought how beautiful you looked. How I wished you’d come back by yourself.” He smiled, a crooked grin making every pulse in her body pound with sudden fierceness. “And here you are.”

Yes, here I am. Shaky and calm at the same time.

For one brief moment, panic coursed through her, but it disappeared as quickly as it came. His scent, a mixture of earth and musk, drifted tantalizingly across her nostrils. Oh, and his eyes. A deep blue, like the shifting colors of a stormy sea. Eyes that ate her up but also held shadows of sorrow and pain.

“I…like your music.” It helps me find escape. And calls to me.

“I’m glad.” He took a long pull at the bottle, the muscles of his throat working as he swallowed the liquid. 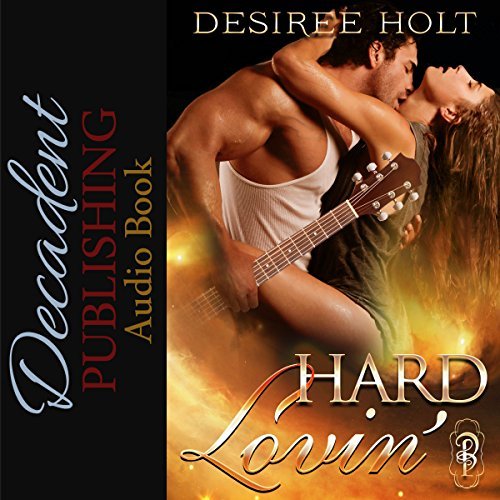