He Came Upon a Midnight Clear 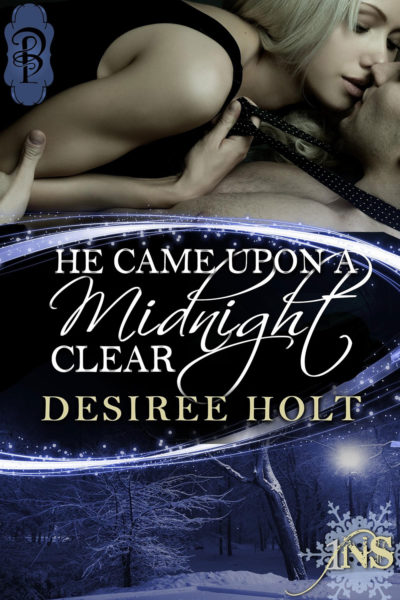 Cody Alvarez needs to find a wife by New Years Day or he will lose the ranch his uncle willed to him.

Libby Morris just needs, for once in her life, to feel desired. Sensual. Appealing. Especially after an intense reshaping at a high-end spa.

Libby knew that damn blush was staining her cheeks again, but this cowboy seemed to be able to push her buttons. Flip her switches. The whole time his hand covered hers, electricity crackled through her. He was absolutely gorgeous, with his golden skin, thick black hair that just reached the collar of his shirt, lean muscled body and long legs. His eyes were darker than onyx, mysterious, and his faced was defined by high cheekbones and a square jaw. His romantic Hispanic heritage was very obvious. She could imagine him like the vaqueros of old astride his horse, riding the range, rounding up cattle.Stop it, you romantic fool. You’re lucky if he gives you a second look.

But the desire for a second look from someone had landed her on this trip. Winning fifty thousand dollars in the state lottery had been a shocking windfall. When her best friend, Elaine, convinced her to use the unexpected winnings to change her life, she recklessly took the plunge. She even quit her job as a legal assistant, a pleasant position, but not what she’d planned to do with the rest of her life. She was being careful with her money and after this little trip she could begin job hunting again.

She didn’t bother to tell mouthwatering Cody Alvarez that her “vacation” consisted of several weeks at a spa where she trimmed off excess pounds, exercised her way into shape—what a torture of the damned that had been—worked with a nutritionist to create a meal plan for her, and let the stylists do something with her hair and makeup. The day she left the spa she looked in the mirror, hardly able to believe that the woman in the mirror who’d walked in as frumpy, overweight Olive Morris now left as sexy—well, almost—Libby.

And with an invitation to an exclusive 1Night Stand Christmas Week at an undisclosed location.

Great. What if I end up in the frozen tundra of Siberia? No, not glamorous enough. Stop second guessing yourself, Libby.

She wasn’t sure whether to curse the woman who’d told her about it or thank her. But she’d never done anything this daring in her life. Ever. And if the man Madame Evangeline had paired her with turned out to be anywhere near as sexy as Cody, it would definitely be worth it. 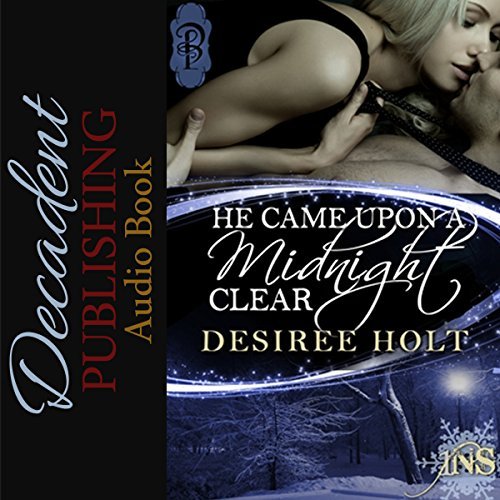