Journey to the Pearl 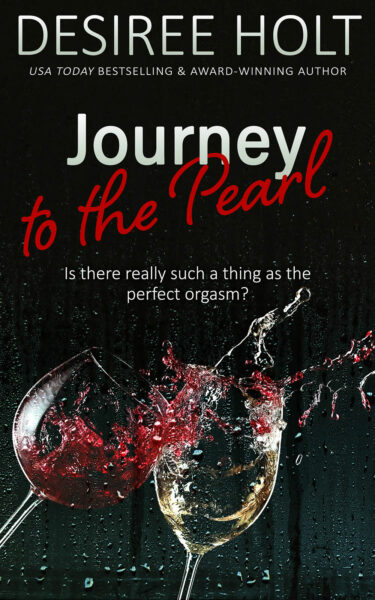 READ FOR FREE ON WATTPAD

Miranda Fox stabbed a piece of sweet and sour shrimp with a vicious jab of her fork and popped it into her mouth.

Her friend, Leslie Keller, looked at her across the table in the Chinese restaurant in amazement. “I don’t know why not. It’s exactly the kind of thing Raoul would do.”

“Raoul.” Miranda said it as if it was a nasty word. “The name’s as phony as he is. Why am I always fooled by a big dick and a clever pair of hands?”

Leslie sipped from the tiny cup of hot tea. “You aren’t alone in that, kiddo. I think we all lay claim to that failing.”

“You know,” Miranda went on, “that pearl was supposed to be his gift to me. That perfect pearl on a fine gold chain. Except he pulled that old trick of forgetting his wallet and oh, Miranda, honey, I’ll pay you back later. I just have to buy this for you. Yeah, right.” She pushed her plate away in disgust. “And the damned thing cost a fortune.”

Leslie burst out laughing. “I can’t figure out which pisses you off more—having Raoul take a powder or copping that expensive piece of jewelry.”

“My own stupidity is what’s really the problem.” She refilled her own teacup. “You’d think someone with as much money as I have would have a brain that works better.”

“Listen to me.” Leslie leaned forward and placed her hand over her friend’s. “You spent the last ten years building your software company into a force of nature and then sold it to one of the biggies for an obscene amount of money. I’d say that’s using your brain.”

“Okay. Let’s amend that. I need a brain where men are concerned.”

“Maybe your quest for the perfect lover is getting a little out of hand,” Leslie commented.

“Ya think?” Miranda shook her head, her thick sable-colored hair cascading around her shoulders. Her sapphire eyes were filled with anger and her sensuous mouth had compressed to a thin line.

“Your problem, my dear friend, is that now you have too much money to spend and too much time on your hands. After all those years of working nonstop now you’re part of the idle rich and maybe you’re too idle.”

“God, you make me sound like a nympho with too much money. Maybe I should find another hobby.”

“Maybe you should find out a little more about your boy toys before you take them home with you.” Leslie suggested.

Miranda sighed. “I do seem to keep finding the ones with smooth looks, big cocks and not much else. Well, I’m getting my favorite private detective after this one first thing in the morning. That pearl is unique enough that it shouldn’t be too hard to trace.” She shook her head in disgust. “I ought to have B.J. start investigating the men I meet before I date them instead of after they make off with the family silver.”

“At least you keep him entertained,” Leslie smiled.

B.J. McNamara had been recommended to her when she suspected someone was pirating a new piece of software just before she sold the company. He’d found the culprit in a very short period of time and she’d used him ever since then whenever she needed an investigator. He was smart, savvy and had all the right connections. And gorgeous to boot. Too bad he had a firm rule about playing house with clients. She’d park his shoes under her bed in a hot minute.

“I’m sure B.J. thinks I’m a dimwit,” Miranda sighed. “I won’t be doing anything to dispel that thought when I call him about my latest fiasco. I suppose this was a damn stupid idea to begin with.”

“There’s nothing wrong with looking for the perfect lover. God knows we’d all like to find him. But…”

“I know, I know. Go about it a little differently.”

They sat quietly while the waiter efficiently cleared their dishes. When the table was empty, he discreetly placed a small plastic tray containing their bill and two fortune cookies between them. Miranda opened hers first. Her eyes widened as she read the message, then she burst into full-throated laughter.

“What?” Leslie reached for the slip of paper.

Miranda dangled it just out of reach. “You won’t believe it. Oh, this is just too rich. Leslie, did you bribe someone to give this to me?”

“If you don’t tell me what it says this minute I will reach across the table and smack you.”

Miranda held up the fortune in her small, slim hand with a flourish. “It says, ‘Find the perfect pearl and you will find the perfect lover.’ Can you believe it?”

Leslie grabbed the slip and read it for herself. “So I guess this means the search is still on?”

“How could it not be after this?”

“But first a visit to B.J. to find the damned pearl Raoul swiped. It’s supposed to be perfect. Maybe whoever has it now will be the answer to my search and fulfill all my sexual fantasies.”

“Just keep your wallet locked up this time,” Leslie warned.