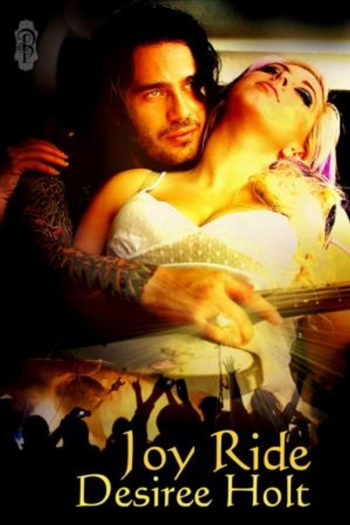 Emma, the good girl poster child, is running from a life she suddenly sees as gray and suffocating—a life where she’s successfully buried all her hopes and secret dreams. Until the night she wanders into Aftershock and is immediately drawn to the hot bass player. The electricity of his performance, the powerful music he coaxes from his guitar, the heavy vibration of each note reaches out to something deep inside her and wakes an Emma she didn’t even know existed.

Marc doesn’t much care for the groupies who hang around the band. He needs a woman he can create a future with that’s a counterpoint to the craziness of the rock music business. When he sees Emma for the first time, something inside him cracks wide open. Just one sizzling glance between them, and he’s sure he’s found the woman to complete his life.

But as the relationship grows, there’s a huge stumbling block: Emma won’t tell him her name. The sex is fabulous but he wants more….

Although Emma is finally finding her true self, her fear of everything falling apart builds a barrier she can’t seem to cross. Marc is taking her on the joy ride of her life, but will her own insecurities destroy everything?

Clutching the cold beer bottle in her hand, she wedged her way between gyrating bodies, hypnotized by the music until she reached the front of the crowd…and stopped at the edge of the stage, mesmerized. The bass guitarist stood with one foot balanced on the monitor in front of him, his body leaning into the sound. His head was thrown back, dark hair flying around his face as he pounded out the rhythm of the song they were playing. He was wild, uninhibited, totally immersed in his music. He moved with an incredible grace to the accented beat, hips thrusting as his clever fingers plucked the strings and slid on the neck of the guitar.

For one incredible moment, Emma had the feeling he was playing only for her and she realized she really had been struck by “Lightnin’.” Permanently electrified by it.

A surge of heat raced through her, and it wasn’t the kind that emanated from the tightly packed sweaty bodies. Instead, an electric excitement gripped her, sending a charge of unfamiliar sexual thrill to every nerve. Her breasts tingled and between her thighs, she felt a throbbing as deep as the sound of the bass. At first she stood stiffly, clutching her drink. People jostled and shoved her as they kept time to the beat. She took two quick swallows of the beer, grimacing at the bitter taste. But as the alcohol eased her tension, she found herself catching the rhythm of the music and trying to mimic the movements of the bass player, totally caught up in the seductive lure of the song. For one crazy moment, she was gripped by an uncontrollable urge to jump up on the stage, and bump and grind with him. Her! Emma, the good girl!

Clumsily juggling the beer bottle, she slipped the thin strap of her purse over her head so it lay crosswise between her breasts. Her focus still on the bass player, she swayed to the beat, hips moving, rocking. When the song ended, the bass guitarist threw back his head on a final note and then looked out into the crowd, peering beyond the glare of the stage lights.

His eyes seemed to find hers as if pulled by a magnet, and a fist slammed through her. 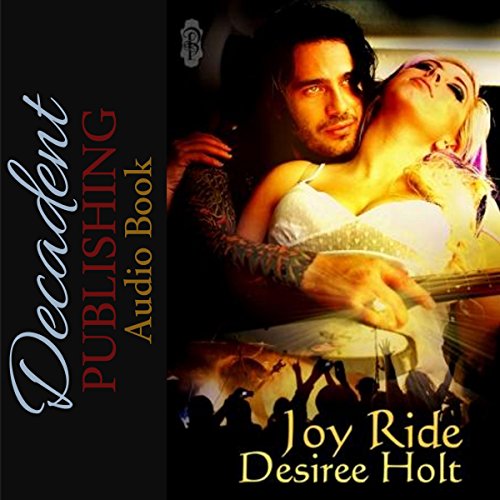