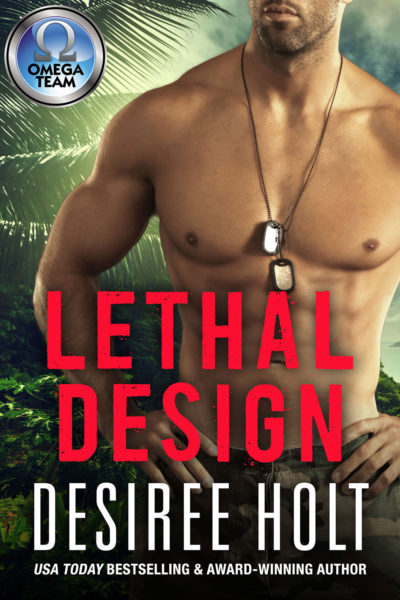 Shannon McRae never thought her life as a video game designer would land her in danger. But suddenly her files are corrupted, her laptop keeps going missing, little things are happening like unexpected flat tires in the dark of night. Someone is after her, but why? It’s just a stupid video game, she keeps telling herself. But when your friend is Athena Madero, who just happens to be a partner in The Omega Team, a super security and protection agency, help is just around the corner. Except this time help came in the form of ex-Delta Force Owen Cormier. He’s a great bodyguard but not much good in a relationship. Or so he thinks, until sparks ignite between him and Shannon and walking away just might not be possible. 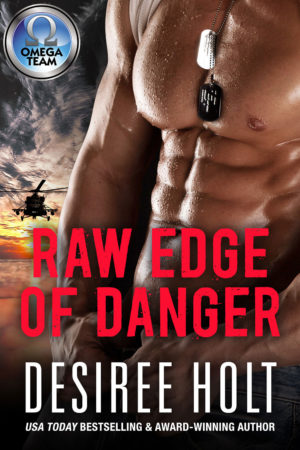 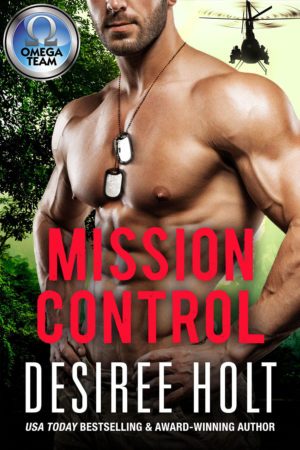 Owen Cormier turned off the ignition in his truck and sat back in the driver’s seat. He had parked to the side of the long, low warehouse building, away from the few windows the place sported.

So if they don’t see you, there’s still time to run?

Maybe, he told the voice always chattering in his head. Ever since the last mission in Central America, the voice had been with him all the time. He and his team had fought a bloody battle taking out one of the most vicious drug cartels in operation, a group funding terrorists on a global platform with its income from the sale of its merchandise. It had been his third tour and time for him to get out.

But to where? That was the question plaguing him. He had no home to go back to. He’d enlisted right out of college twelve years earlier. His parents had divorced—bitterly and very messy—so he had no so-called family nest to return to. He hadn’t formed any lasting personal relationships because he didn’t want to take the baggage off to war with him. His skills were all mission-oriented and not geared to personal relationships.

He was a lot more than the odd man out. He was burned out and burned up. No doubt about it. Sometimes he felt he’d lost every vestige of humanity in his soul. While others went home to wives and girlfriends and children, he spent his downtime climbing mountains and hiking in the desert. Solitary activities. What else could he be good for anymore, anyway?

The day he’d decided not to re-up again, he’d flown to Tampa to deliver a last letter from a teammate to the man’s wife. God, an experience he never wanted to repeat. Then, uncertain what to do with the rest of his life, he’d driven down to the waterfront and decided to feed his craving for fish.

It had been just pure dumb luck Grey Holden was eating lunch at the particular restaurant he chose. He hadn’t seen Grey since a joint mission three years earlier, but he’d heard the story about the one that had gone sideways. The man’s best friend had been killed, and rumor had it Grey had dedicated himself to bringing down the man who’d supplied the arms to the insurgents. Owen wondered how he handled things now and what he did with his life. If the very sexy female with him was any indication, he’d managed to get it back on track.

Somehow, he’d ended up eating with Grey and Athena, and three hours later, they’d offered him a job with The Omega Team. In retrospect, they’d saved him. He’d been aimless, homeless, and burned out, with no idea what to do after he ate his lunch. The three of them connected at once on an elemental level. Grey told him about The Omega Team and, for the first time in twelve years, Owen felt he’d found a home. At least a kind of one.

It would be nice to use his skills in a different environment. He didn’t see himself in a relationship. The past twelve years had sucked out most of his soul. He had one memory he clung to, a night two years ago with a woman who’d touched him more than she could ever have realized.

Pure dumb luck had him ending up in the upscale bar, where he’d been feeling sorry for himself and she’d been trying to wash away the stress of work. The attraction had been instant, the sex incredible. And as they made love every way possible, she touched his heart as no one ever had before or since. A heart he’d believed by that time had no emotion in it whatsoever.

He told himself it had been for the best when she left the next the morning, gone while he’d still been in the shower. Better than facing her and hurting her by telling her things were over before they began. He didn’t have the uncomfortable situation of saying thanks but I’m out of here. She didn’t need damaged goods.

He’d never run into another woman who touched him the way she did and didn’t think he ever would again. One of the great regrets of his life.

But Omega offered him a chance to give meaning to his life in many areas, and he’d thought, what the fuck. What else was he doing?

This would be his third assignment for Omega. If he took it. Grey and Athena made it clear from the beginning he always had the option to turn down an assignment. But then, what else did he have to do with his life? Go home to the spartan two-room apartment Athena had found for him to rent?

He played the phone call from Grey over in his head again. A woman with a stalker. Maybe. But for sure in trouble and needing someone to check it out and keep her safe. Had everyone else been sent out on assignment? His last two gigs had been accompanying high-powered executives to business meetings in dangerous areas. He’d wondered how much money they made to make them take risks like this. None of his business, he reminded himself. He wasn’t required to understand and certainly not to socialize, just to keep the client safe.

Grey had also said this job would be a little different. Okay. As long as he didn’t have to engage in conversation with her except when necessary, it should be a piece of cake.

Heaving a sigh, he climbed out of his truck and trudged to the office. At the entrance, he punched in the security code Grey had given him and pushed open the door. A bell dinged, announcing his entrance. Since it was a Saturday, the place was empty, the small staff of operatives no doubt out on various assignments. Even Jacquie wasn’t at her usual massive computer workstation.

“We’re back here,” Athena called. “In the break room.”

He wound his way through the complicated setup of computers and other electronic equipment, walked into the break room, and—

The air whooshed out of his lungs.

Sitting at the round table with his bosses was the woman whose presence had hit him like a zap of electricity the first time he saw her.