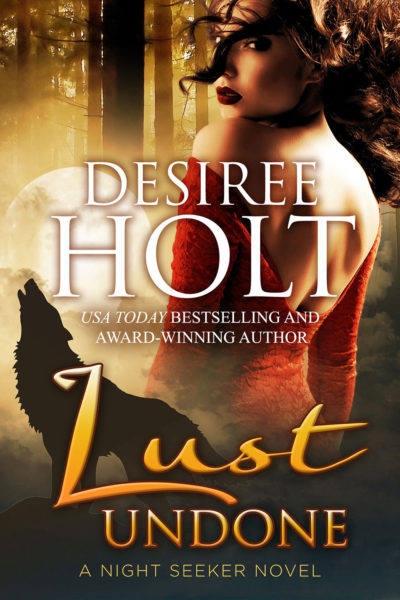 Returning to her home state of Maine to investigate a possible Chupacabra killing, Sophia Black meets Clint Beltaire, lean, dark and sexy. From the moment she meets him the heat between them is incendiary, the sex erotic and the pleasure beyond her imagination. Clint takes her in ways that fulfill all of her fantasies and teaches her ways to please him. The Maine air might be cold but in Sophia’s motel room it’s beyond boiling. Clint works to help her with her case, using his knowledge of the area in which he grew up. And as they learn each other’s secrets it’s obvious to both of them that they are meant to be together. Mated.

They found a corner booth and slid in as a waitress materialized next to them almost at once.

“You guys planning to eat?” she asked

When they nodded she dealt plastic menus around the table, took their drink orders and headed toward the bar. Sophia watched her, eyes tracking to the man behind the bar. And unexpectedly her pulse kicked over and heat flashed through her.

What the hell is this?

But the man seemed to carry an electric charge around him. He wasn’t that tall, not even six feet, she guessed. But inside the plaid shirt with the rolled up sleeves she could see the outline of a compact muscular body. Thick dark hair touched the collar of the shirt and she could see it sprinkled on his arms where they were visible. His face was rugged rather than handsome, at least as much as she could tell from that distance. A good case of five o’clock shadow gave him an intriguingly dangerous look. Then he raised his eyes to scan the booth and she felt their impact clear to her toes.

Sophia wriggled in her seat, trying to still the sudden ramped up beat of her pulse in her cunt. Why on earth in the midst of this crisis did her hormones suddenly decide to take a walk on the wild side?

“He and Frenchy sure don’t look anything alike,” she told her sister.

“I know. Hot, isn’t he? Every woman in the county’s been trying to get his attention.” Bec looked up from studying the menus. “And this seems to work out for both of them.” She gave her sister a knowing look and her mouth curved in a tiny smile. “Go on and introduce yourself to him, Soph. You know Frenchy always had a soft spot for you. You can ask him to pass along your greetings.”

“Of course not.” She buried herself in the menu.

“Come on.” Rebecca set her menu down and pushed against Logan to slide out of the booth. “Let’s go say hello. It will take your mind off the meeting we just had.” She made a face. “And the one tomorrow morning. Besides, I want to ask about his almost-uncle.”

“Right. Don’t think.” She grabbed her sister’s hand and practically dragged her out of the booth. “He doesn’t bite. I promise.”

Sophia reluctantly let herself be towed across the room by her sister. Her instincts were telling her she was stepping into a danger zone.

Get it together, Black. He’s just some bartender in a town you’ll never be in again after this gig.

The man was polishing a small area of the bar with a cloth when Rebecca rapped on the heavy wood to get his attention.

“Saw you come in, Bec.” His voice had a low, smoky sound to it. “You surely do bring this place some class.”

Rebecca laughed. “Well, now you can double it. This is my sister. Sophia Black, meet Clint Beaudine.”

He dropped the rag, swiped his hand on the leg of his jeans and held it across the bar. “The pleasure is all mine.”

Sophia put her small hand in his large one and nearly jumped at the electric shock that ran through her arm and into her body. She looked at Clint and saw the same reaction reflected in his eyes, taking in the amber-flecked hazel color. He squeezed her hand lightly before releasing it.

“A real pleasure.” His words were like a caress skating over her skin.

Sophia couldn’t take her eyes from him. She couldn’t remember a time, ever, that a man had affected her this way.