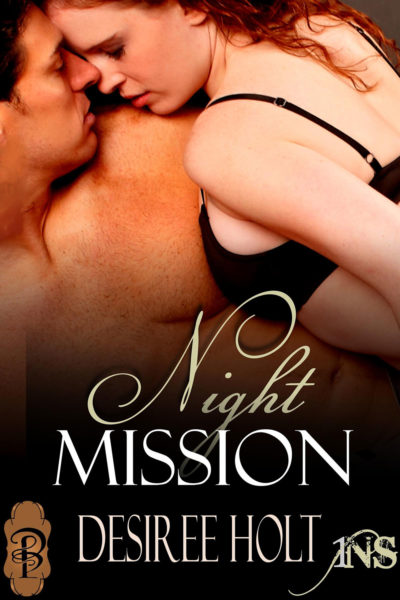 Navy SEAL Gabriel Walker didn’t think he was asking too much, just a hot woman with some brains who made his down time between missions pleasant. And maybe a little bit more.

Forty-something Maggie Fitzpatrick wanted a younger man with a sex drive to match her own and even smarts to hold a conversation. And maybe a little bit more.

When Madame Evangeline paired them for the one night stand, neither of them expected the explosive chemistry, the very hot sex…and a little bit more.

The first thing he noticed was the living room of the suite, decorated like a room from the mid-1800s, only with modern upgrades. The second thing–which should have been the first–nearly made his heart stop. A nearly-naked woman lounged on the couch, wearing the shortest, sheerest…whatever the hell it was called, that he’d ever seen. He hoped his jaw didn’t become unhinged when it hit the floor, or that she expected a lot of conversation right off the bat.

No question about it. I am definitely locked and loaded.

“Hi!” She flashed him an incendiary smile, her low, seductive voice hinting at her Texas heritage. “Come on in. I’ve been waiting for you.”

He lifted an eyebrow. “Have you, now. All your life?”

“I don’t know. You tell me.” She laughed softly.

She rose languidly from the couch and the sunlight pouring in through the sheer curtains left nothing beneath her shortie to anyone’s imagination. If he’d ordered a dream woman, this would be her.

Gabe dropped his duffel by the door and strode over to where she stood on ridiculously high slip-on stiletto heels.

He grinned down at her, placed his hands on her shoulders and bent his head. The moment his mouth touched hers, a jolt of electricity sizzled through him. Her mouth tasted every bit as good as it looked, and when his tongue slid inside, she tasted better than finely aged bourbon. She molded herself to him, her full breasts pressing against the hard wall of his chest, her slender fingers rubbing up and down his arms. He let his tongue wander everywhere inside her mouth, licking the slick, inner surfaces, drinking from her as if he’d never be able to get enough. When she glided her own tongue over his, he tightened his grip on her and sucked her deep inside his mouth.

“Well,” she gasped when he lifted his head, the pulse at her throat hammering wildly. “Hello to you, too.”

His gaze raked over her, absorbing every line and curve, every dip and swell.

“I hope you don’t think that thing covers you very much.”

She smiled, a slow curve of her lips. “It’s not supposed to.” Her low, full-throated voice caressed his skin. She let her eyes travel over him, from his shoulders down and back up again. “But, I think you have too many clothes on for this party.”

Gabe’s groin tightened. A woman who didn’t play coy and still classy about it. Could his luck possibly get any better? 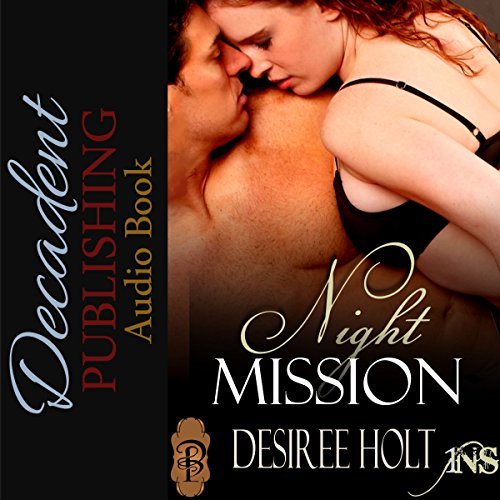