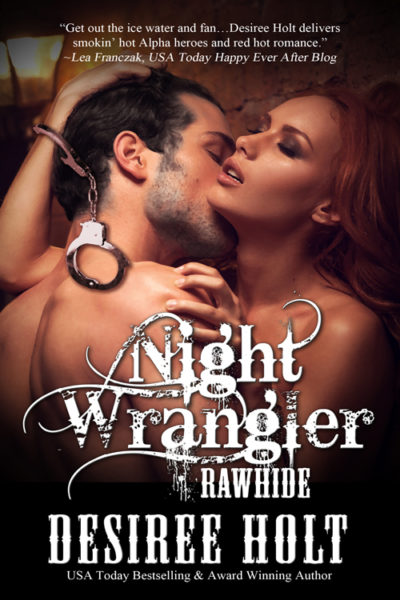 It was his face that caught her attention. Framed by a thick fall of inky black hair, it was a warrior’s face, finely chiseled with a square jaw, startling blue eyes, and lashes any woman would kill for. The power he exuded was so strong as to be nearly visible in the air around him. She could only stand there mesmerized and so aroused she needed every bit of discipline to keep herself together.

Deep inside her, something unfamiliar began to unwind like a spring tightened for too long. Maybe like the twisted rope on his arm. It teased at her emotions as well as her senses. Was she getting herself in too deep? She wasn’t looking for more than one night of intense pleasure. Was she?

“Risa.” Clint’s voice penetrated the fog wrapped around her brain. “This is Master J.”

Her eyes drank him in even as they kept returning to the significant bulge in his pants. She could hardly wait to feel that inside her. At his pleasure, of course.

Master J, in full Dom mode, did not extend his hand. Instead, he let his gaze travel slowly over every inch of her body, his stare so penetrating that she might as well have been naked. He nodded at Clint. “She will do very nicely.”

Clint smiled. “You know it is always my goal to please.” He looked at Risa. “I have passed along your desires to Master J, and I assure you he can more than satisfy them. Beyond that, Risa, you can trust him completely.”

Her mouth was so dry she had to swallow before she could speak. Every nerve in her body vibrated, and her pulse throbbed in her womb.

“Thank you, Clint.” She lowered her eyes. “And thank you, Master J.”

“The room is prepared for you,” the owner told the Dom. “Everything is as you requested.”

“Good. Then we shouldn’t waste any more time.”

Okay, so no small talk or let’s get acquainted.

She’d tried to figure out a way to spank herself, but the position was too awkward to do her any good, so she had to be contented with reading about it. Caning particularly appealed to her. The book she’d ordered online came with explicit photographs of women after they’d been caned, and she ached for her ass to burn like theirs. To have hot stripes that made it difficult for her to sit down. And when she did, the residual soreness gave rise to the sweet pain.

She’d spent weeks agonizing over the decision and then decided to apply for membership at Rawhide, a new environment for her and one that had by far the best reputation in the area as far as clientele went. She certainly hoped so, since the membership fee was steep.

But in the places where she’d belonged before, there was no one with whom she could see herself moving to another level. No one who had impressed her enough with his skills. Plus, with a new level of play, she wanted a new environment. Someplace where her old self wasn’t present and where she could explore new horizons freely without previous Doms offering to help her. There weren’t any she’d played with who connected with her enough to risk new experiences.

“Girl.” Master J’s deep voice was like a hot caress. 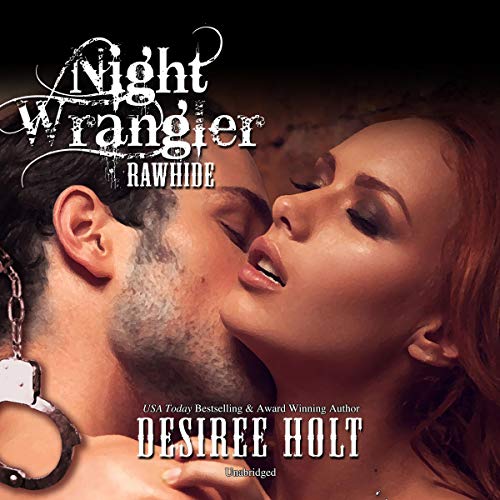