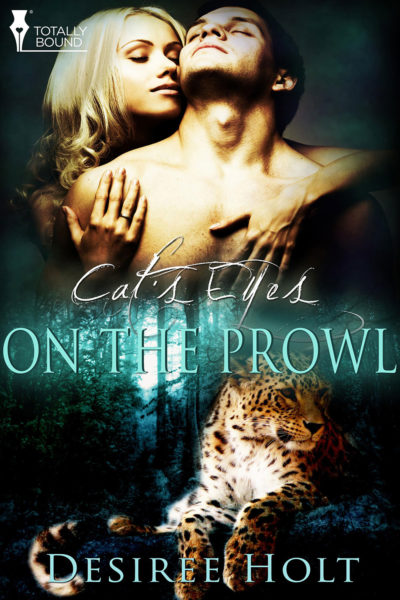 For Seth Rogan and Kendall Raines it’s explosive attraction when they meet, but can he protect her from the killer stalking female shifters at The Litter Box?

When he meets Kendall Raines, it’s twice as hard to focus because the chemistry between them is off the charts.

The killer has left no clues and the bodies of his victims are piling up. Seth needs to find the murderous cat in a hurry so he can keep Kendall safe and mate with her for life.

Reader Advisory: This book contains a couple of scenes of rape by the bad guy.

Other Books in the Cat's Eyes series 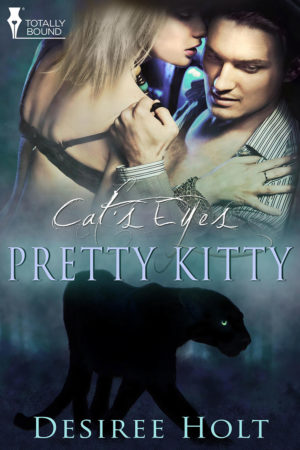 Seth Rogan leaned against the end of the bar and popped a handful of peanuts into his mouth. The Litter Box, the main gathering place for cat shifters in the city, was very full for a night in the middle of the week, mainly because the owner—his brother, Max—had decided to extend Happy Hour on Wednesdays until nine o’clock. He had also added three food choices. That meant all the panther and leopard professionals that usually left by seven o’clock were still hanging around.

Normally he’d just be happy that business was good for his brother. But right now there was a predator loose—a leopard with genetic flaws who preyed on the female cats at The Litter Box. He followed them home, broke into their places, raped them and then killed them by ripping out their throats.

Which was why Seth, a homicide detective, was spending his off duty hours at The Litter Box scoping out the crowd. And wishing like hell all these women would go home…safely.

“Don’t look so sour,” Max told him as he handed him a soft drink. “You’ll scare away my customers.”

“I’d like to scare them away permanently,” Seth growled. “At least until we get this bastard leopard taken care of.”

“No kidding.” Max’s face sobered. “He’s got to be new to the area because I have a hard time believing it’s one of my regulars.”

“You’d have to be the one to spot a newcomer. I don’t get in here enough.”

“And whose fault is that?” his brother asked. “You have no social life.”

“Not all of us can be lucky enough to find a gem like your wife.”

Max grinned. “And I had to work damn hard to get her.”

Max had recently married Aisha McClellan, a woman he’d loved for a long time before circumstance had finally given him the opportunity he’d needed to let her know. Now he grinned like a fool every time someone mentioned her name.

“Speak of the sweet little devil.” Max nodded toward the front door.

Aisha had just stopped to greet Leo, the bouncer, before heading towards her husband. But it was the woman with her that caught Seth’s attention and nearly made his heart stop beating. She was small, like Aisha, but where Max’s wife was dark, she was a honey blonde. Thick, wavy hair cascaded past her shoulders. Black jeans and a hot pink T-shirt clung to a trim but lushly curved figure.

Seth had definitely had his share of woman, but never before had there been such a strong, instant connection.

Beside him, Max, who was also watching the two women approach, gave a low chuckle.

“Be nice to me and I might introduce you,” he told his brother.

“She works with Aisha. Her name is Kendall Raines.” He nodded his head towards them. “Mind your manners.”

Aisha took a seat on an empty bar stool and leaned across the polished wood for a kiss from her husband. Max winked at his brother as he put a lip lock on his wife. Seth didn’t care about watching his brother and sister-in-law make out next to him. He was much more interested in the woman sitting down next to Aisha. He stared at her and tried to pull his tongue off the roof of his mouth.

Finally he cleared his throat and Max slid a glance at him. Seth frowned and tilted his head at the blonde.

“Okay, okay.” Max chuckled and looked at Aisha. “How about introducing Kendall to Seth?”

Aisha looked at him and raised an eyebrow. “The dark prince actually wants to meet someone?”