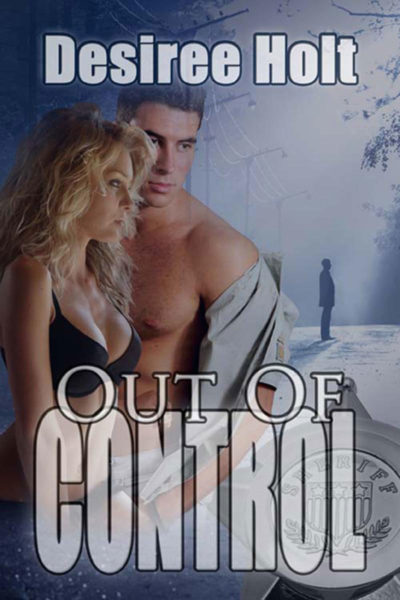 Twenty five years ago Carrie Nolan was the only victim to survive the killing spree of a pedophile. Her life has been frozen in time, and not even a move to a distant city and a name change has healed the wounds that left her emotionally and sexually scarred. Determined finally to reclaim her life, Carrie returns to High Ridge as multi-published crime novelist, Dana Moretti, in hope of asking the questions that would lay her nightmares to rest.

Sheriff Cole Landry, came to High Ridge to escape the horrors of Iraq and Afghanistan, but soon after the sexy author arrives and starts poking her nose into matters best forgotten, his town once again becomes the hunting ground of a ruthless killer. She’s sure it’s the same man, and he’s not all that convinced she’s wrong. Keeping Dana safe means keeping her close—very close—under his protection, under him.

Between her sexual need for Cole and the danger lurking behind every stranger’s face, her world is spinning out of control.

The deep voice that spoke to her sent shock waves through her. She whirled, her knees shaking. Oh, hell. It was him. The man in the truck. Wearing a uniform, for God’s sake.

“I have to say,” he went on, “you look a lot better when you aren’t soaked through by the rain.”

Dana’s legs were shaking, keeping time with the butterflies doing the rumba in her stomach. The first thing she thought was cowboy. He had the easy, relaxed yet alert stance she’d seen on men around horses and cattle. And his feet were shod in square-toed Western boots. She was sure his hat would be a Stetson.

But the way his eyes assessed her, the analytical gaze…military. Some kind of covert ops.

A dangerous combination in a man.

Dangerous to women. And to people who were misled by his friendly smile. He was somewhere in his mid-thirties. At least six-four, broad shouldered, and lean hipped, the khaki of the sheriff’s uniform looking as if it were custom tailored for him. His face was all angles and planes, with deep-set, whiskey-colored eyes framed by dark brows and lashes. Even in her state of high anxiety, she couldn’t miss the sexuality that radiated from him.

I’ll bet he has to beat the women off with a nightstick. Well, for sure he won’t have to worry about me. Oh, wait. After last night, he probably thinks I’m a nutcase anyway.

She wet her lips. “I gave my card to your…to the woman at the window. I’m Dana Moretti.”

“I know who you are.” His smile, like John Garrett’s, was professional and didn’t reach his eyes. “I’ve been expecting you. Come on.”

He swung the door wide, the muscles in his tanned arms flexing with the movement.

“If you’d identified yourself last night,” she told him, trying to keep the acid out of her voice, “I might have been more willing to accept a ride. I don’t make it a habit of jumping into trucks with strange men.”

His body brushed hers as he let the door swing shut, and lightning shot through her. What the hell? She knew what unexpected lust was. She often wrote about it, but it wasn’t a feeling familiar to her personally. Certainly not in a situation like this. Maybe this was a bad idea, after all.

“So, what kind of men do you jump in trucks with?”

She blinked. “Excuse me?”

His smile was a little softer as he ushered her into his office. “If not strange men, what kind?”