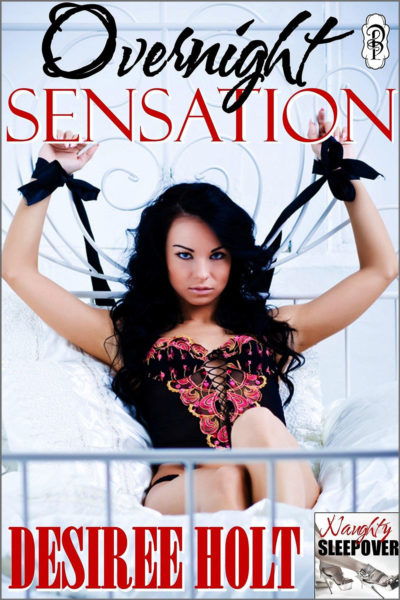 At the end of a long, hard week, Abbie Lawlor’s feet hurt, her head ached and she just wanted one cosmos with her best friend, then home to soak in the tub. She sure wasn’t looking to hook up with anyone. Her luck with men was worse than bad. Too bad with visitors flooding San Antonio, the bar at The Menger Hotel was so jammed a sheet of paper would barely fit between two people. So when Sam Burdette ended up pressed against her, she felt every detail of his big, hard body.

The heat that flared between them could have set fire to everyone in the bar. But it was the invisible link that occurs between Dom and sub that made Abbie forget all about her aches and pains. Letting the very sexy Texas Ranger coax her out of the bar and up to his room for some very off the wall sex could turn a casual “Hello” into an overnight sensation.

“Some of our men serve as guards, so I know a lot about it.”

Many people, both in and out of the life, claimed they couldn’t tell a Dom or a sub outside the arena of play. Unless of course they were in a committed relationship and then the signs were there, if one knew what to look for. But Abbie had been on her search for so long she had finely tuned radar.

In all her fantasies of finding the Dom she sought, how many times had he taken the form of a Texas Ranger, the state’s elite crime fighting organization? They were powerful men, self-assured, part of the oldest law enforcement agency in North America, with statewide jurisdiction. And for her, the ultimate symbol of the kind of Dom she kept looking for.

She mentally shook her head. No, she was an idiot to hope that—

“You do like Texas Rangers, right?” Sam watched her, one corner of his mouth kicked up in the hint of a smile. But what glittered in his eyes was no smile. Instead she saw heat, hunger, lust, need. And something indefinable that made her breath catch in her throat.

“Yes, I do,” she finally answered. She’d better get her brain in gear or he’d think he’d found an idiot and a simpleton and dump her back in the bar. “As a matter of fact, they’re my favorite kind of man.”

“Good.” His thumb brushed gently over her knuckle, as much a gesture of possession as desire. “My kind of woman.”