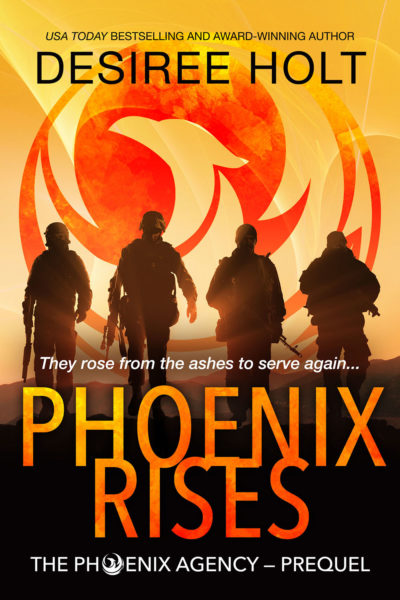 The Phoenix Agency
They served their country in every branch of the military—army Delta Force, SEALs, air force, marines. They are pilots, snipers, medics—whatever the job calls for. And now as civilians they serve in other capacities, as private consultants training security for defense contractors, as black-ops combatants eradicating drug dealers, as trained operatives ferreting out traitors. With the women in their lives, each of whom have a unique psychic ability, they are a force to be reckoned with. Risen from the ashes of war, they continue to fight the battle on all fronts.
They are Phoenix.

Phoenix Rises
For Dan Romeo, Rick Latrobe, Mike D’Antoni and Trey Arsenault, their military service might be over but not their commitment to helping people. As they prepare to gather and make future plans, a desperate call for help from an old friend could set them on the path they see. From the ashes of war…Phoenix Rises.