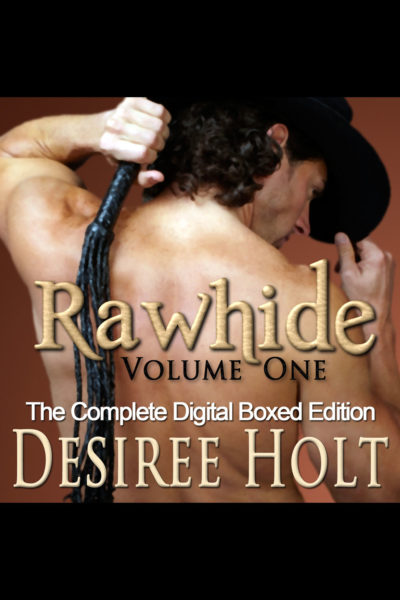 Crack the Whip
When rancher Reece Halliday met the new manager of his fetish club, Rawhide, he was shocked to see Katie Warren, the woman he’d loved and lost because of his sexual preferences. But a lot of time has passed and Katie has discovered the lure and satisfaction of BDSM—including the pleasurable sting of the single tail whip. Will Reece be able to lure her back into his arms—and bed—when he cracks the whip during their private sessions?

Slapping Leather
Liz Gillibrand wants a man she can submit to in the bedroom but still keep her sex life a secret from the conservative ranching community. When she discovers her neighbor owns Rawhide, a private bondage club, she might have found the answer. But the first Dom she meets is Alex Wright, a man she’s already connected with physically and emotionally. Once before she tried to merge her private life with the lifestyle but with disastrous results. Can Alex be the one to finally free her from the past and give her the life she longs for?

Buckskins, Boots & Bondage
Twins Justin and Tucker Davis only want one thing—one woman to share for the rest of their lives. Angel Cruz wants two men who will cherish her forever. Sex between them is hotter than the Texas sun in August as they play out their fantasies at Rawhide, the private bondage club. But when her job threatens their livelihood, will their newfound connection be strong enough to survive?

From Crack the Whip

“So maybe if you tell me how it happened, I’ll answer your question about me.”

“Fair enough.” He set his cup back in the saucer. “Remember Chad Willoughby, my college roommate?”

“Chad’s brother was into the life big time. When Chad graduated from law school, he got Chad a guest pass at the private fetish club he belonged to and said he could bring a friend.” He looked down. “I’d…been to a club twice before when we were together. But never did any more than watch,” he added quickly. “That’s when I brought everything up to you. I was fascinated with the lifestyle and wanted us to try some of these things together.” His grin was rueful. “My idea didn’t work out so well, as I remember.”

“No. It didn’t.” If only she hadn’t reacted so badly. “So what happened at the club?

“It seemed I was finally going to experience the things I’d only fantasized about. Chad’s brother arranged for each of us to have a sub for the evening along with a trained instructor.” He paused to sip more coffee.

“To be blunt about it, I discovered a desire for it I didn’t even know I had. It was the most explosive night I’d ever had sexually. And that’s taking nothing away from what you and I had together.”

“But you wanted more.” Oh, she was sure of that. She felt a trap opening, yawning like a big hole before her. “On a regular basis.”

“I did. A lot more. And more often. I for sure couldn’t look for action anywhere around the Hill Country. You know how conservative the ranching community is. Not even my brothers know about my…preferences.”

Katie gave him a quizzical look. “So what did you do?”

“Joined the club in Tampa Chad’s brother took us to. They have an arrangement for guest privileges in other clubs around the country. I…took a lot of business trips.” He stopped to take another swallow of coffee.

He shook his head. “I timed my trips to coincide with legitimate business. Conventions. Meetings. Whatever.” His eyes raked over her face possessively. “But here’s the plain truth. I really wanted you, Katie. I wanted it all. You and the life.”

“Which is what led to the scene in our hotel room.” When she so childishly ran away. It wasn’t just the things themselves he was proposing. It was the total implication, the fear that she could lose herself in him completely. A very dangerous edge.

He grinned. “Yeah. That was some scene. I still remember how you looked, spread out…”

“Stop.” She held up her hand. “That’s not what I meant. Can we stick to the conversation at hand?”

The look he gave her nearly incinerated her dress. “Afraid to talk about it, sugar?” 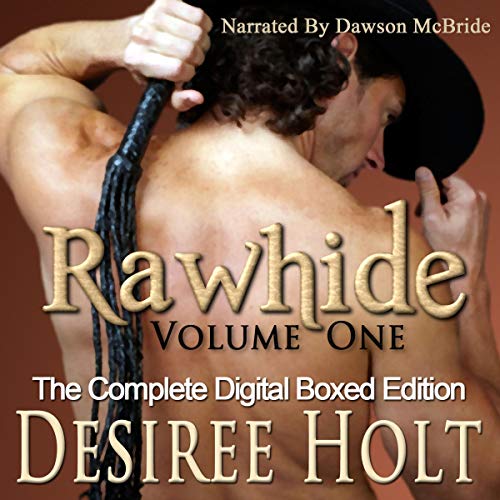