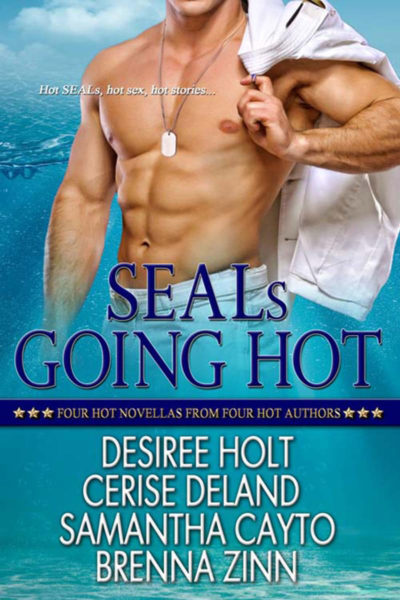 RIDE THE MUSTANG by Desiree Holt

Fletcher “Mustang” Call is a dedicated SEAL and a committed Dom. The one thing he isn’t is relationship material. A tragedy in his past killed his desire for more than a good time on leave and a little D/s play. Until April Coe walked into his life, a woman unlike any he’s known. Problem is, she’s as vanilla as they come.

April was warned about Mustang, a man as wild and free as his call sign, so she doesn’t expect him to stick around for long. That’s okay, she’ll enjoy the great sex while she can. At least, she thought it was great. When she senses her sexy bronco is holding back, she has to decide whether to ride the mustang a little harder or set him free. 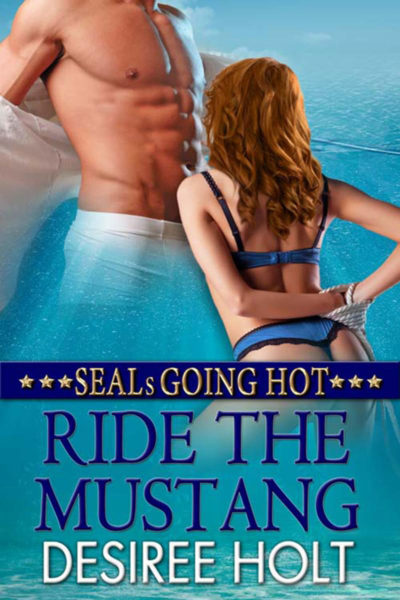 She had a plan already in her head. Once they were in bed, naked, she’d go to work on him with her mouth and her hands the way he loved. Then, when she had him hanging on the edge, she’d pry it out of him. Because she really wanted answers.

She could hardly concentrate while she put away the leftovers and loaded the plates and silverware in the dishwasher. She had taken great care showering and dressing for tonight. And naughtily left off any panties. When she bent over the dishwasher, the skirt rode up and she knew he could see her bare flesh.

“Jesus, April.” His breath hissed through his teeth. “Are you deliberately trying to drive me nuts?”

She turned and gave him what she hoped was a sexy smile. “Maybe.”

He rose from his chair, all six foot four of him. She looked at him over her shoulder and saw heat burning unmistakably in his slate grey eyes. The muscles in his rough-jawed face were tight with hunger. One large hand cupped her chin, tilting it up so he could brush his mouth over hers. “I’ve only satisfied one kind of hunger so far tonight. I need to feed the other.”

“Someone’s in a hurry tonight,” she teased, but she was glad. It made her plan that much easier to put into play.

“Someone can hardly ever keep his hands off you,” he whispered, nipping the place where her neck and shoulder joined. His hand reached beneath her top and lifted it over her head, tossing it to the counter.

“No bra, either.” His voice was tight with control. “Naughty girl.”

“I like being naughty,” she told him. Maybe that would give him a hint.

His tongue danced over the upper swell of her breasts, pausing to trace a line in the valley between them. When he pulled a nipple into his mouth, she felt the tug all the way to her cunt and had to clutch his upper arms to steady herself.

“What do you say we take this out of the kitchen?” he murmured in her ear, his voice husky.

She started to push away from him, but he swept her up in his arms and strode with determined steps to her bedroom.