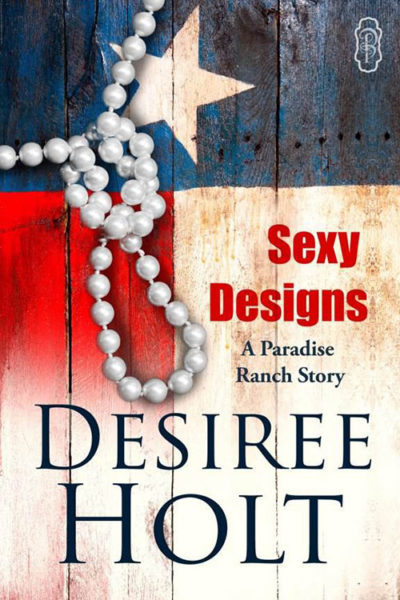 Little did Ben Randall know when hired Grace Traynor to design the décor of the main buildings of Paradise Ranch he would meet the dream woman of his middle years. Sure, he’s dated women over the years, but none of them turned into relationships. And Grace’s mature figure calls to him in a way that has every inch of his body standing up and taking notice.

The attraction between them escalates, and Grace worries it’s been too long since she’s been in a man’s arms. Can Ben ease her fears and convince her she’s exactly the sexy design he craves?

Ben Randall stood in the living room of a Paradise Ranch model townhouse and took in the exquisite décor. Blues and greens blended with subtle earth tones for a feeling of warmth without being overbearing. The furniture was inviting, especially bathed as it was by the sun spilling in from the large picture window.

“You promised me warm, sexy designs, and that’s exactly what you gave me.”

Grace Traynor slid folders and her iPad into her briefcase and snapped the lock. “Thanks, Ben. I’m happy we got just the look you wanted to achieve.”

What he really wanted to achieve was Grace across a dinner table from him. Lying on the grass in warm sunshine. Naked and in my bed. From the day he met her, he’d been strongly attracted to her, an attraction that only increased over time. At sixty-five, his sex drive might be a little lower, but he hadn’t lost any of the nuances of touch. And he’d learned long ago that a lot more than the physical made a relationship spark. He wasn’t slow where women were concerned, but, for months, he’d been searching for the right opportunity to move forward with Grace, and each time it seemed he hit a wall.

In the months they’d been working together, he had made a giant number of casual overtures. She’d politely rebuffed every one of them. At first, he’d figured maybe she just didn’t feel the same physical pull, the same interest in taking this out of the business arena. That would be disappointing, but he’d make himself deal with it. However, the more time they spent together, the more frequently he caught her looking at him with banked hunger in her eyes.

No, Grace was just as attracted to him as he was to her. Over time, he’d noticed whenever he came too close or invaded what he assumed was her personal space, she became as tense as a stretched rubber band. He’d love to know what that was all about. He just had to be smart enough to figure out what the problem was.

“You know,” she told him, “when you first brought me out here to look at this place and tried to share your vision with me, I thought you might be crazy.”

He laughed. “Fourteen hundred empty acres with nothing but trees and deer? I might have felt the same way.”

“No.” She shook her head. “You had the vision. And the more you talked, the more I could see it.”

He smiled and lifted her hand, brushing his lips across her knuckles then dropping it before she could tug it away. “But the credit for this goes to you.”

He looked at the view from the sliding patio doors.

Selling the Crooked R ranch had been hard for him. Generations of Randalls had raised cattle on it, very successfully. But, somehow, the cowboy gene hadn’t passed down to any of his three sons so he’d looked for a buyer, one who knew the business. And he’d kept fourteen hundred acres for himself.

It wasn’t just that he needed something to do, although that was part of it. At sixty, he was far from ready to retire. He had visited friends who’d moved to one of the many Sun City developments or The Villages in Florida and been struck with the idea of creating a community for people fifty-five and over. A place where they could begin a new phase of their lives, with every amenity and convenience he could contrive. The community would have a definite Texas theme and be called Paradise Ranch because, as he told his sons, “It’s for people entering a new phase of paradise.”

Working with McMann Brothers Development, seeing his ideas actually come to life, had revitalized him. Paradise Ranch showed him life had a lot of excitement still waiting for him. Meeting Grace Traynor had kicked it up another notch.

Alex McMann had recommended her as someone they often worked with, so he’d made an appointment. When he walked into her office, his heart did a little drum beat and his cock, which hadn’t been interested in a lot lately, stood up and demanded attention. A silk blouse the same blue as her eyes, and navy slacks outlined a lush, mature figure. Highlighted sable hair fell in soft waves to just above her collar, and the wide smile she greeted him with made him want to taste those plump lips.

A goal he knew would not be easy to achieve.

“Let’s do one more walkthrough,” she said to him. “Make sure we’ve got the feel you want for the townhouses before we start on the first detached villa.”

Ben was sure she’d nailed it, but it gave him a chance to spend more time in her company. “Sounds good. Lead the way.”

He had to concentrate on what she was saying as they moved from room to room, mesmerized as he was by the musical lilt to her voice and the tempting sway of her hips.

He stopped, almost bumping into her as he realized she had paused and turned to him.

“Sorry. Did I miss something? I was just enjoying the feel you’ve created here.”

She laughed. “I don’t think you’ve heard a word I said. We’ve spent a lot of time on this today. I think you need a break.”

“What I think I need is a cup of coffee,” he told her. “Or, better yet, a glass of wine. Thistle Creek Winery wants to open a retail outlet in the first town center we’re building, and they sent over some bottles for us to try. Let’s see what they gave us.”

She took a step back, holding her briefcase tightly. “Oh, I don’t think so.” She made a show of looking at her watch. “It’s actually later than I thought. I should get going.”

“One glass of wine won’t hurt.” He winked. “To celebrate what we’ve done so far. Come on. I won’t take no for an answer.”

She stood there, frowning.

“Come on,” he urged again. “You’ve done a terrific job with the model townhouses. Kept right to the theme without being excessive in your designs. And I want to see what you have in store for the villas and the first clubhouse. The wine is locked up in the model we’re using as an office. We can sit outside and enjoy the late afternoon sunshine.”

He considered it a major accomplishment that when he took her elbow to guide her along, she didn’t protest. By the time they reached the offices and he’d taken down a bottle of cab, she actually appeared slightly less tense. He urged her outside where a small café table and chairs were set upon the patio. The air was heavy with the scent of new shrubbery and flowers and freshly mowed grass. There was no one else behind the row of townhouses, but in the distance he could hear the sounds of construction. The signs of the ongoing development always excited him.

Ben couldn’t take his eyes away from her graceful neck or the smooth movement of her throat muscles as she swallowed some of the wine. Jesus! He was besotted with the woman. That was the only explanation for it. Probably had been since the day he’d met her.

“To a long and successful relationship,” he said, touching his glass to hers.

“Based on our most recent conversations, I’ve been working on the sketches for the first clubhouse,” Grace told him, setting her glass on the table. “Done some refining. Added a few things. And I have four new interior design plans for the villas. Ideas for accessories and new color schemes. I think you’ll like them.”

“I like everything you’ve done so far, Grace. You managed to capture the exact feel I was looking for and blend it with the architecture. That’s not an easy task.”

“Actually, it’s turning out to be one. I love your concept, especially since I’m Texas born and bred.” She grinned. “And I’ve looked at a lot of Texas art lately for inspiration.”

“Mmhmm. Visited some museums. Even talked my way into a few private collections.”

Ben studied her face as she spoke. She looked relaxed for the first time since he’d met her. The air was heavy with late spring warmth, and when Grace settled into her chair, she’d taken off her jacket. The late afternoon sun picked up the highlights in her hair and bathed her face in an amber glow. A gentle breeze kissed the soft fabric of her blouse so it outlined her breasts. And was that just the hint of her nipples barely discernible? Was she reacting to him, despite her Keep Away attitude? 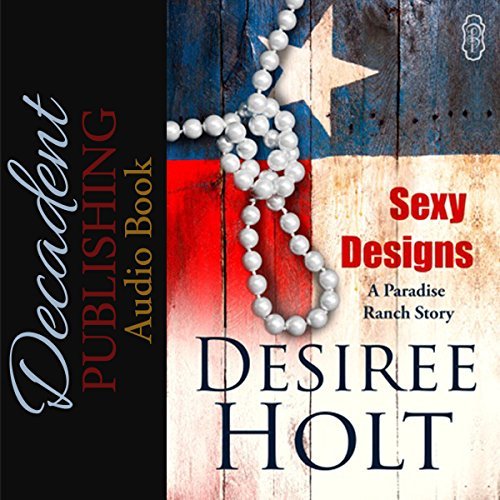