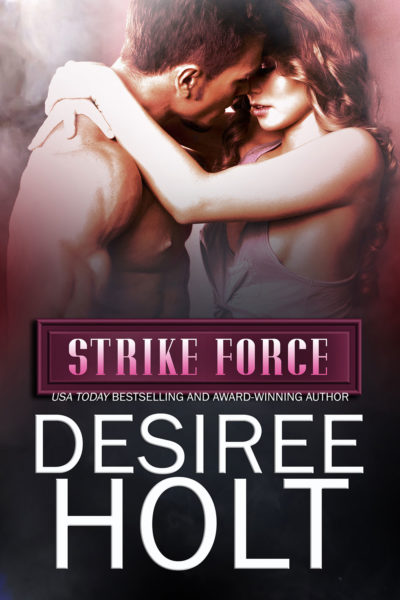 Had he found her again only to lose her to a stalker?

Slade Donovan and Kari Malone shared one anonymous night of hot sex. Five years later unexpected circumstances throw them together again and what’s between them burns hotter than ever. But as a member of Delta Force, Slade is wary of relationships, drawn to Kari on the one hand and hesitant on the other.

A sniper and a reporter—can they face danger together?

Women are the best stress reliever for Delta Force sniper Beau Williams and variety is definitely the spice of his life—until he meets sexy, feisty sports reporter Megan Welles. The sparks between them are caused as much by the heated sexual attraction as by the force of their personalities. But the more time they spend together, the brighter the flame burns.

Megan is working on the story of a lifetime—the unexplained deaths of several aging athletes who had stellar years. They only realize how dangerous her hunt is when she receives threatening texts and an attempt is made to take her out of the game.

When everything explodes in a hostage situation, Beau and his Delta Force team leader save her, but Beau can’t deal with the way she put herself in jeopardy and she can’t handle what she sees as his controlling attitude. Can the Christmas season heal the breach between them?

Advance to the Rear

Two wounded souls discover each other on a romantic getaway…until an imminent terrorist attack turns their world upside down.

Marc Blanchard’s short, ill-fated marriage and the death of Nikki Alvarez’s fiancé sent them both to very dark places, causing them to close their hearts to future love of any kind, the risk of devastation more than they were willing to face.

But Fate likes to play tricks on people, like bringing these two badly wounded souls together at their most vulnerable and showing them the possibility of a future.

A romantic getaway is supposed to help them find the answers…until they stumble onto a plot of a major terrorist attack. Before they can contemplate a future together, they have to save their own lives—and those of several thousand others.

Can her Delta Force soldier save her from the killers?

Trey McIntyre gives his life to Delta Force, gladly, as spotter for sniper Beau Williams. He believes in protecting his country in all situations, but he longs for a woman like his three teammates have, who will fit into his life. He’s learned, however, that they aren’t so easy to find.

Kenzi Bryant is a hotshot corporate attorney who can’t seem to find a man who’s not threatened by her powerful personality and situation. That is, until she meets Trey—and something between them just clicks.

But for two strong people, the road to a happy ending has a lot of bumps. And while they’re navigating theirs, Kenzi is suddenly endangered by a former client. As much as Trey wants to be with her, he has to leave on a mission. When Kenzi’s badly injured by an attempt on her life, Trey has to learn how to balance his priorities and Kenzi has to learn that there are times when she has to give up control.

But can they do it?

Reader advisory: These books contain scenes involving hostages, violence and death. There is an abduction and attempted terrorism, including an attempted bombing. There are references to illegal drugs and scenes of sexual assault.

Other Books in the Strike Force series 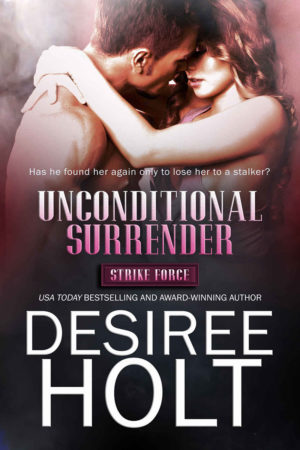 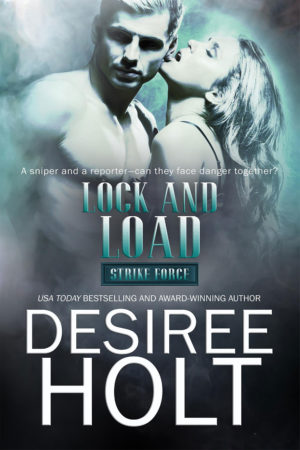 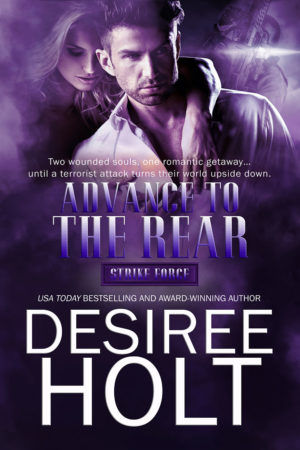 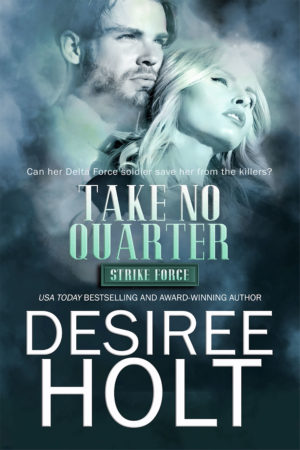