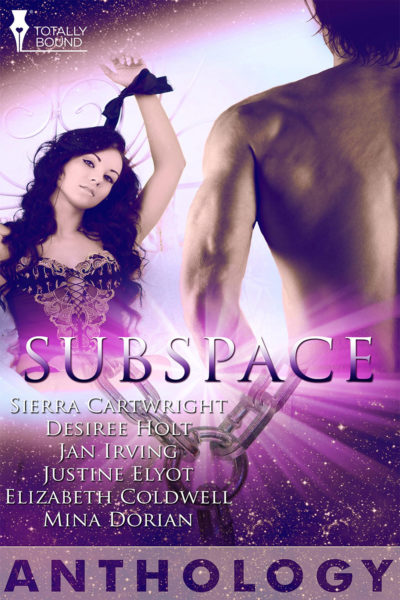 International businessman Diego Valdez had a reputation as a Dom for never keeping his subs more than two years. Then came the big gift and the kiss-off. But sculptor Kaci Ballard has been with him for three years and is wondering when her time will be up. Because Kaci has done the unforgiveable-fallen in love with him-and she’s not sure how she’ll handle the end when it comes.

When he tells her he wants to teach her how to enter subspace so they can raise the edge of pleasure/pain she agrees, hoping that will show him her total commitment-and give her the same in return. But neither of them is quite prepared for how this particular journey turns out. 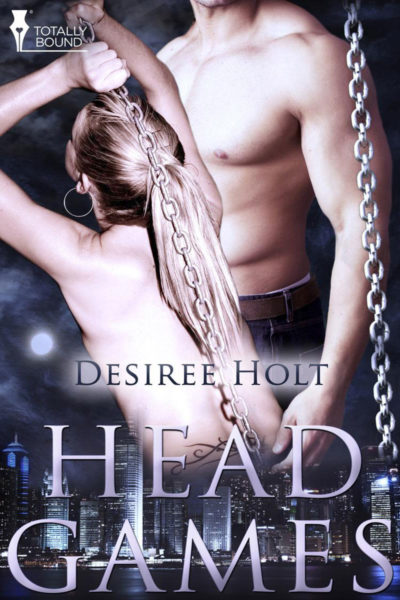 Kaci Ballard stood to one side as Oliver, the doorman at The Pyramid, greeted her Dom with the deference befitting a platinum member of the bondage club. His glance barely acknowledged Kaci, standing with her head bowed and her hands clasped in front of her in proper sub attitude.

“Good evening, Oliver.” Diego signed the register then tapped Kaci on the shoulder. “Follow me.”

She walked two paces behind him, their standard arrangement when they were in D/s mode. And tonight they definitely were. This was the third anniversary of their relationship, and after much preparation Diego was going to introduce her to a place she’d never been before—subspace. In the three years they’d been together, he’d taught her how to appreciate herself, both as a woman and a sub, subtly and carefully taking her up one level at a time in the intensity of their D/s play.

He’d introduced her to many other things since the night they’d met, right here at The Pyramid. It wasn’t long before she gave up her apartment and was living with him in his expensive high-rise. Her talent as a sculptor had evolved as her relationship with him had blossomed, almost symbolic of her stages of growth. He stood proudly at each of her shows, quietly praising her and enjoying her accolades.

But Kaci wished their relationship was a little more substantial. Not that she didn’t enjoy it, but somewhere along the way she’d lost her heart to Diego. She’d never felt like this about any other Dom and she had the panicky feeling she was setting herself up for a fall. That was one of the reasons she was willing to explore new areas of the D/s play. Something to show him her total commitment to him. And silently pray for his in return.

As she followed him into the club’s open lounge area, her mind flashed back to the night of their first anniversary when he’d taken her to a very exclusive restaurant for dinner.

Once they were seated in their booth he handed her a small package.

“A gift to celebrate,” he told her.

She opened it and her eyes widened at the sight of the little silver bullet nestled in the tissue paper.

“Go into the ladies’ room and insert it into your cunt. Right now.”

In other aspects of their life they were equal partners, but in D/s mode she was totally submissive to him so there was no question of whether or not she would obey. She returned to the booth smiling, the bullet securely inside her, he smiled.

“I thought I would make dinner tonight a little more interesting.”

He reached into his pocket, and in a second the little bullet began to hum inside her. Kaci had to grab the table to hold herself steady.