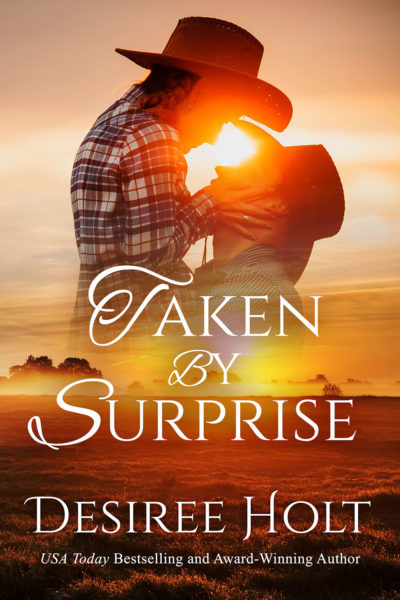 Jessie Coford had a plan: work hard, save money, open her own restaurant. She sacrificed her relationship with the man of her dreams to get it. Then, in the blink of an eye, she lost her job and her apartment and her life crashed around her. Until a letter taking her to Fort Mavis, Texas, and an unexpected windfall.

Jack Ward can’t get over his breakup with Jessie. Angry at her rejection and burned out by his job as a detective on the Houston PD, he abruptly quits and accepts a job as a sheriff’s deputy in—where else—Fort Mavis.

Whenever they are near each other, enough sparks fly to light up the night sky. But he can’t forgive her, and she’s too stubborn to take the first step. Then disaster rears its ugly head and Jack and Jessie are forced to take a hard look at their situation—and their love for each other.

Jack stood at the front window of the general store, staring at the people outside. He had to be mistaken. There was no way in hell Jessie Coford would be here in Fort Mavis. He was pretty sure she’d never even heard of it. His stupid mind had to be playing tricks on him. Maybe it was because last night, just when he thought he’d gotten past it all, he had the most erotic dream about the two of them he’d ever had. When he woke up that morning, his cock was so hard and swollen he was afraid to bump into something and break it off. Even taking himself in hand in the shower hadn’t done a lot to relieve the raging desire. His balls continued to ache all day, another painful situation.

Get over her, asshole. She walked away from you. It’s done. Over. Move ahead.

“Hey, Jack, I thought that was you.” Lynne’s voice sounded right at his ear.

Speaking of moving ahead.

He turned to find her close enough that her breath was a soft whisper against his skin. She was grinning at him with her full sensuous lips and amusement sparkled in her hazel eyes. For a brief moment, shame washed over him. What was he doing thinking of one woman when he was dating another.

But it was just dating, he reminded himself. He’d been very clear about that with her right at the start. It also occurred to him now, as he looked at her, that he’d subconsciously chosen a woman who was the complete opposite in looks from Jessie. Where Jessie had dark brown hair with golden highlights, Lynne was a strawberry blonde. Jessie was shorter, maybe five foot five, while Lynne was taller. In heels, as she was now, her head just reached above his mouth. Jessie had lush curves that he loved to touch and run his hands over. Lynne was tall and slender.

So what was he trying to prove? That he’d done an about-face to help him take the cure?

“What?” He rubbed his hand over his face. He needed to get his shit together. “I apologize again. Too much time staring into the sun today, I guess.”

“No bank robbers to catch?” she teased.

“I saw you come in here and I wanted to catch you. What’s your schedule tomorrow?”

He laughed. “About the same as today, I’d guess. Helping to keep the peace. Why?”

She ran the tip of a finger along his shirt collar. “I want you to take me to breakfast in the morning.”

Trying not to be too obvious, Jack took a little step back. He was coming to realize that Lynne was an overly touchy-feely type, something he was uncomfortable with in public, especially when he was out dressed in his uniform. She frowned as he moved away and to take the sting out of it, he grinned at her.

“You have a big itch to have breakfast with me?”

“I want to have breakfast at Delfina’s Diner. When Delfina passed, I was hoping the estate would put it up for sale. I could sell it in a heartbeat.”

He cocked an eyebrow. “They’re not?”

“Uh huh. I hear she left it to some shoestring relative no one ever knew about. Marshall Wohl said he was handing over the keys today and I’m betting she’ll be there tomorrow.”

“Huh.” Jack scratched the back of his neck. He’d discovered in the six months he’d been here that things like this could be a major topic of interest in Fort Mavis.

“No one knows a thing about her,” Lynne went on. “Marshall’s been as close-mouthed as a clam, the jerk.”

Jack grinned. “You know him. He never spills a thing about his clients. It’s probably why he has so many.”

“Wellll,” Lynne drawled, “I’m hoping she’s just here to look it over and get back to her own life. I can tell Lee Ann about it and get a referral fee.”

“Okay. Sure. What time do you want to meet?”

Lynne fiddled with his collar again. “It would be a lot easier if I just rolled over next to you and we got there together. Right?” She winked at him.

Jack looked around and realized the customers were shamelessly gawking at him. He’d already forgotten what he came in for, so he took Lynne by the wrist and led her outside. She was a good lover but at the moment the last thing he wanted was her in his bed. Thinking about Jessie did that to him, damn it.

“Not tonight, okay?” He gentled his voice as much as possible. “I have some stuff to take care of?”

“What kind of stuff?” she pouted.

“Just…things. But I’ll meet you there at eight o’clock. That work for you?”

Her eyes clouded with disappointment. “Oh, okay. Party pooper. I guess that will have to do.”

“Listen.” He made a show of looking at his watch. “I have to get going here. See you in the morning.”

For a moment he thought she was going to argue with him, insist that he change his mind and spend the night at her house. Then her lips curved in a smile.

“Sure. That’s okay.” She winked. “And if you finish your stuff early enough tonight, you can just give me a call.”

“Tempting,” he told her, “but not likely. See you tomorrow.”

He walked away down the sidewalk to where his SUV was parked, resisting the urge to turn around. He was sure Lynne was still standing there, staring after him. Wondering why he was acting so strange today. The only answer he could give her was one he didn’t want to face.

He pulled away from the curb and headed down the street, toward home. He thought he’d managed to get Jessie pretty much out of his mind. At least most of the time. But let him see someone who reminded him of her and all he could think of was her warm, soft body and her curves that his hands ached to skim. Her soft breasts that he wanted to hold in his palms, with the dark nipples that begged for his mouth to suck them.