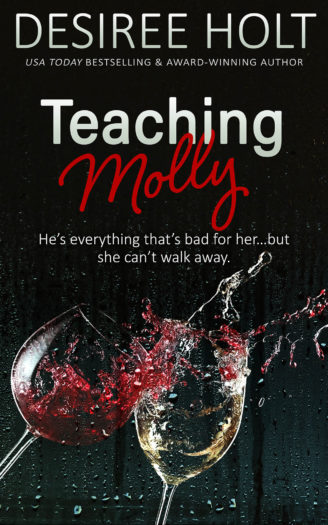 He’s everything that’s bad for her…but she can’t walk away.

Molly Gerard was facing her mid-forties divorced, unfulfilled and wondering if the things she read in her erotic romances could actually happen. To her. When she meets Nick Trajan, the first thing that comes to mind is wow! The second is the recognitions of the ten year difference in their ages, a difference. When she accepts an invitation to spend the night with him, she wonders how she’ll compare with his younger women, but the night is so erotically satisfying she tries to push the thought from her mind. Nick is immediately taken with this lush, mature woman whose appearance belies her inexperience. He wants more than just the one night with her, but Nick lives the D/s lifestyle to its fullest. When he introduces Molly to it, will she run? But Molly eagerly steps through the door he opens into this new environment. Her only problem is the fear that Nick will see her as a middle-aged woman and find her wanting. His problem is convincing her that age is not a factor in what he feels for her. That he wants to be her Master forever.