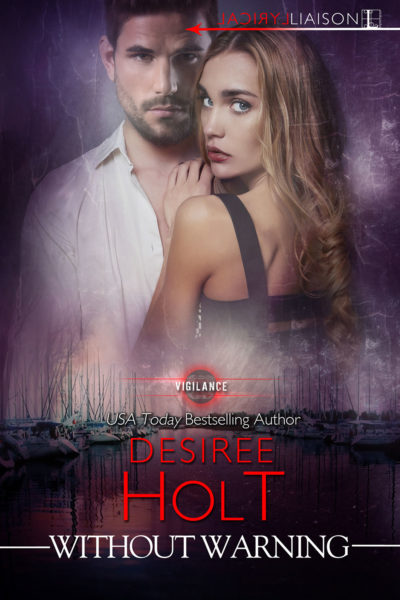 After years of hard work honing his craft, Blake Edwards is now an international bestselling author. But one thing he never imagined was that his fictional world would become all too real. When a stalker turns Blake’s latest book tour into a treacherous and nearly deadly trap, it’s time for Blake to hire protection. But the body assigned to keep an eye on him is someone he never wants out of his sight…

As a bodyguard for Vigilance, the private security agency in Blake’s hometown of Arrowhead Bay, Samantha Quenel has found the perfect outlet for her military experience. But her latest client is also a former high school flame, which might explain her willingness to protect Blake at all costs—even if that means staying in the same room with him, on the same bed, under the same torrid sheets… 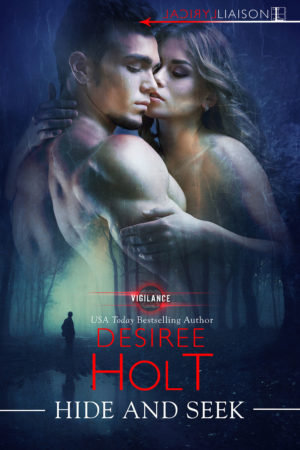 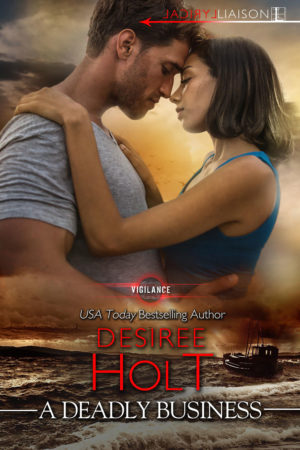 “As I said before, the agent I assign to you can do double duty as your personal assistant without drawing a lot of questions.”

“I guess that’s the best cover. A lot of authors have male assistants.” He swallowed a smile as he visualized some well-muscled guy with a shaved head and tattoos passing out flyers and telling a book store manager what kind of pens he liked.

“That smile you’re trying to hide tells me what kind of image you have of the person I’ve tagged for this.”

“He just needs to blend in,” Blake told her. “Look the part.”

“She is not a male, but I believe she’s the perfect person for you. Acting as your PA allows her to be with you at all times. After your call, I reached out to her. She lives in Tampa but drove down here for the day to meet you and go over all the details with you. I didn’t tell her who you were, just in case after we chatted I didn’t think she’d fit the bill. But she will. Perfectly. “

“She?” He raised his eyebrows. “I thought we were talking about a male bodyguard.”

He shook his head. “No. It’s just…well…I guess I expected you to assign a man to me.” He chuckled. “All the women I know would chop off my head if they could hear me. Or some other part of my anatomy. Anyway, I’m sure you know what you’re doing, Avery, but this person also has to have some public relations and organizational skills.”

“How about someone who has a degree in business from Florida State, served in the military, is overqualified in marksmanship and hand-to-hand combat, and looks like a model for a fashion magazine? Would that do?”

“Okay, then. Get ready to meet your new personal assistant.” She pressed a button on her intercom. “Hey, guys. Is Sam in there?”

“Great. Can you come to my office right now? The client is here. Thanks.”

Blake got a strange feeling in his gut when he heard the name. No, he was imagining things. It just couldn’t be. Hadn’t he just been thinking how determined he was to find out where she was? That would be the mother of all coincidences. A knock sounded on the door, and every muscle in his body tightened with anticipation.

“Come on in,” Avery called out.

Blake’s brain did a hula twist at the sound of her voice.

Holy shit! Was this really possible? Had Fate decided to answer his prayers and drop his second chance right into his lap?

“Yes. I’ve got a new assignment for you, at least for the next month. Meet your new client, Blake Morgan. Blake, meet Samantha Quenel.”

The memories that had roared to life on the drive from Tampa were now out in the open, sharp and vivid. But the image of the younger Samantha faded in the presence of the woman who stood in the office. She was nothing less than a knockout, tall and slender, with curves that made a man itch to run his hands over them and an air of unconscious sensuality about her. Her blonde hair was still long but worn now in a utilitarian braid that somehow still seemed to look sexy. Jeans and a T-shirt outlined a body that was as tempting as it was toned. He tried not to stare at the way the soft material of her shirt displayed her nicely rounded breasts, or the way the jeans clung to hips he wanted to touch and long legs he wanted to feel wrapped around him.

God, he hoped his cock would behave and not try to poke out of his pants at her. He was here on business, not pleasure, especially since it appeared she was going to be part of that business.

But Fate had given him an opportunity that he had no intention of wasting. Here was the chance he’d wanted all these years and he was going to take full advantage of it.

The look on Sam’s face told him she was as stunned as he was. Blue eyes were opened wide in surprise and her mouth, looking sexier than he remembered, formed a perfect O.

Wishing he had a bucket of ice to shove down his pants, he pulled himself together, rose, and turned toward the doorway.